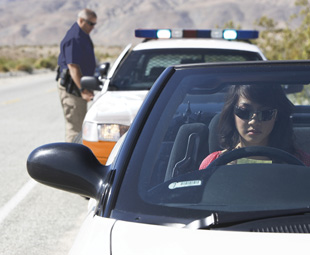 With a gun-slingin’ approach to law enforcement and a tendency to break the very laws their jobs are based on, our governmental and law-enforcement departments can’t seem to get it right. Reminds me of the wild, wild west.

In conversation a couple of days ago, a friend asked what I thought of the new (proposed) traffic legislation changes. It didn’t take much thought to come to the conclusion that, in the main, the amendments were unnecessary and quite frankly seem to be a reflection of government trying to persuade itself that work is, in fact, happening.

The idea of lowering the alcohol limit started a real bun fight. The folks who work in traffic safety, myself included, are in favour of a zero alcohol limit for drivers. But that is in a perfect world, and we are light years away from that.

Interestingly enough, opposition to the reduced alcohol level came from an unexpected source. It would appear that there is serious concern that should the legal limit be set at 0,02 g/100 ml, traffic and metro police would dispense with any roadside screening: if alcohol could be smelt, an arrest would follow.

But one beer smells the same as half a dozen, doesn’t it? I think the authorities are worried that they may have too many illegal arrest claims and, in a way, this is supported by the Directorate of Public Prosecutions. They, too, have objected to the change.

We shall see. In any case, committees are sifting through the public comments and they certainly have enough work to earn their keep.

Then the conversation turned to AARTO, the Administration and Adjudication of Road Traffic Offences Act. And how I wished he hadn’t brought that up.

I cannot believe that a system so thoroughly researched and enacted overseas has turned into such a diabolical shambles over here.

A point demerit system is aimed at changing road user behaviour by making us more aware of the law and more law abiding – thereby ultimately saving lives. It’s a brilliant idea that, despite a few of its more obvious flaws, generally works. You do get the odd case of folks buying points when theirs have run out but that’s par for the course.

What happened with our version? Simple; it got broken.

Like anything new, you want to test it out first. So much fuss was made when the Tshwane and Johannesburg metros were chosen to have the first go at it. And, yes, there were a few hiccups along the way. A lot of money was spent retraining Metro Police and, might I add, appointing service providers who would do the actual administration. It is the Administration and Adjudication of Road Traffic Offences Act, after all. So we got judge, jury and executioner in one.

And the catch? Well, the thing is that while Tshwane Metro is doing okay with its bit of the pilot project, Johannesburg, through the Johannesburg Metropolitan Police Department (JMPD), has quite literally broken it. So much so that, based on their performance, no-one else in the country wants AARTO. The provinces can’t agree, and most municipalities are happier using the current system.

At the core of the problem lies a very simple fact. The reason AARTO is not working in Joburg is because the JMPD is breaking the very law it is meant to be applying. One blatant example is the issuing of infringement notices. The AARTO Act stipulates that all infringement notices not personally handed to the driver at the roadside must be sent by registered mail. The  JMPD knows this, but doesn’t comply – it costs too much. Of course, everyone now knows to simply ignore them. No revenue (apart from the bribes, but they have to stop you for those), and very bad for road safety.

The JMPD has single handedly managed to subvert one of government’s major attempts to reduce the levels of road carnage in the country and, unfortunately, it is unlikely that anyone will go to jail because of it.

Time to call it quits on AARTO. This patient seems beyond resuscitation. 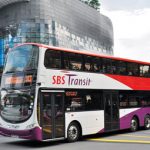 Prev And now … Singapore orders more Volvos!
Next The new FH: worth the wait 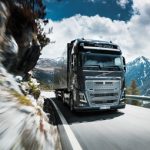