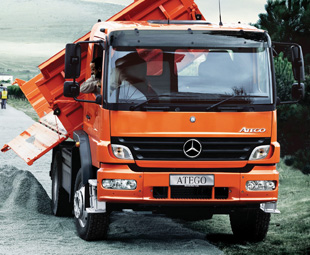 Thanks to the key role it has played in preparations for the World Cup, South Africa’s construction industry has enjoyed several years of exceptional activity. But what will happen now that most of the construction work is complete? Is the industry in for a slump? GG VAN ROOYEN finds out.

For several years, preparations for the 2010 FIFA World Cup have impacted positively on the South African economy, even cushioning some sectors from the worst effects of a crippling global recession. As 2010 unfolds and the finishing touches are put to venues, transport networks and related infrastructure projects, the event will continue to generate significant economic activity. This is likely to intensify as participating teams, fans and other visitors converge on South Africa’s host cities from all over the world.

Uncertain times
Understandably, speculation is rife as to how all this activity will affect each  economic sector and its related industries immediately prior to, during and after the big event. It is predicted, for example, that the demand for fast moving consumer goods (FMCG) and passenger transport during June and July could, in turn, boost demand for medium and heavy commercial vehicles. However, no one can be certain just how big this boost will be.

Speaking at a media conference late last year, Hino’s vice-president, Casper Kruger, admitted that it is very difficult to forecast how the South African truck market will perform during 2010. A conservative estimate could see growth of around 5% over 2009 figures, equating to 19 600 units for 2010. However, unexpected demand driven by last-minute transport requirements for the World Cup could skew this figure substantially, resulting in growth as high as 20%.

Commercial vehicle manufacturers could also benefit from last-minute construction projects during the first two quarters of 2010. However, welcome though these windfalls may well be, manufacturers should bear in mind that the construction sector’s boom period is probably coming to an end. Between 2005 and 2009, the civil contracting industry enjoyed double-digit real growth annually, much of it related to preparations for the 2010 World Cup. As the demand for tippers, mixers and other construction vehicles soared, commercial vehicle manufacturers shared this good fortune. However, with most World Cup projects being wrapped up, analysts predict that 2010 will be a very tough year for the construction industry. A period of extraordinary prosperity has therefore come to an end.

According to research company Industry Insight, even though there are signs that the South African economy is in recovery mode, the construction industry typically lags between 12 and 24 months behind other sectors and will therefore take far longer to stabilise. The South African Federation of Civil Engineering Contractors (Safcec) announced in January that it anticipates a 10% decline in real terms during 2010. Confidence within the construction industry is plummeting.

Reason for optimism
Nevertheless, with South Africa’s economy as a whole tentatively moving into recovery mode, the number of private sector construction projects will eventually  begin to increase. Furthermore, a great deal of government money allocated for infrastructural development is not tied to the World Cup. Investment in improvements  to roads, the Gautrain project and the building of new power plants will continue for some time. By way of example, Gauteng’s freeway project is only scheduled to end in 2018. Similarly, the country’s new power plants will take at least eight years to complete.

Commercial vehicle manufacturers supplying the construction industry can take solace in this. Infrastructural development is set to continue for the foreseeable future, as is the demand for construction vehicles. 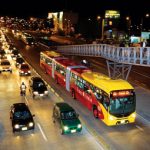 Prev Striving for comfort and efficiency
Next Bumping buses 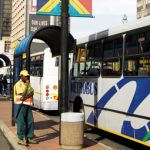