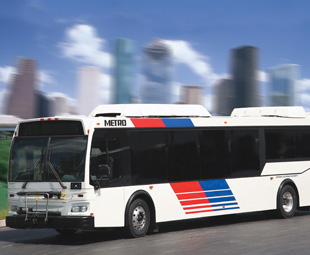 In Europe and North America, demand is mainly for completely built-up buses, while operators in Latin America, Africa and Asia generally prefer to fit their own choice of bodywork to chassis supplied by the Daimler Bus companies.

In 2011, the company sold 39 741 units with GVM ratings over 3,5 tonnes to global markets – but North America accounted for only 567 of these, clearly indicating that some change of strategy was called for in that region. It has since been announced that Daimler is to establish a strategic partnership with leading American coach manufacturer Motor Coach Industries International Inc (MCI). MCI is headquartered in Schaumburg in Illinois, and the new strategy calls for the integration of Setra’s North American coach distribution rights and network with MCI’s operations.

In terms of the agreement, Daimler Buses will receive a minority ownership stake in MCI, which, in turn, will become the exclusive North American distributor of Setra’s German-manufactured S407 and S417 motor coaches, which fall within the TopClass 400 range.

MCI, which is active in the tour, charter, line-haul, commuter and transit segments of the North American bus market, will also gain access to Setra’s engineering and manufacturing expertise.

Daimler says the recent absence of public sector investments from municipal government agencies has caused a slump in the North American market for transit buses. As a result, Daimler has decided to exit this category of the business in North America. Following the fulfilment of current production commitments over the next 12 months, the Daimler Bus division will wind down production of Orion buses in the US and Canada. This will lead to the closure of the Orion body shop in Mississauga, Ontario, while the assembly facility in Oriskany, New York, will handle only retrofit, parts and service functions. 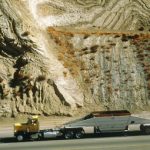 Prev The culture of big
Next Durban residents march against truckers