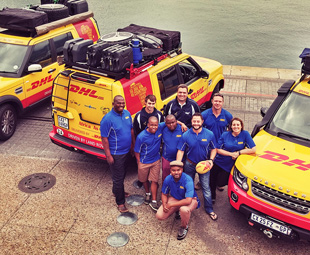 The epic journey, from Cape Town through Africa to London, began in October 2014 and finally ended on Tuesday, September 15.

The campaign involved the team passing a single rugby ball from hand to hand across Africa, as part of the build-up to the 2015 Rugby World Cup.

To make a lasting impact in the various countries visited, the journey also included rugby fairs and various corporate social responsibility activities. These included free eye tests for more than 4 000 people through DHL’s partnership with Mercy Ships, and the distribution of more than half a million units of stationery to young children across Africa.

“We decided to leverage the partnership in Africa, where rugby is relatively unknown in a number of markets. With this campaign, we wanted to marry our experience, knowledge and capabilities across the African continent with the concept of this ambitious journey,” says Megan Collinicos, head of advertising and public relations for DHL Express sub-Saharan Africa.

“The campaign required careful coordination and intricate logistics, as well as a significant investment,” she adds.

DHL will conclude the journey with a three-day activation programme in London to raise money for the United Nations World Food Programme’s Tackle Hunger campaign, which provides nutritious school meals to children in Africa.

“Our dream of sharing Africa’s beauty and culture with the rest of the world is now a reality. To date we have received a fantastic response to our campaign with over 26 million views on our Africa as One episodes on YouTube,” concludes Collinicos. A full gallery can be viewed here. 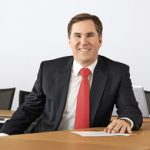 Prev Sika’s CEO tops
Next All aboard the 235? 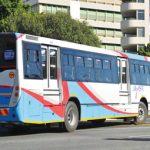