Dream it, draw it, drive it! 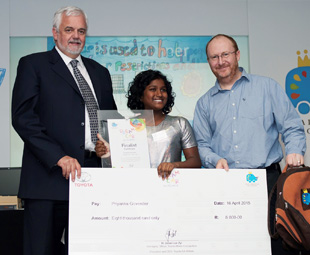 In the first newsletter of March, the story Just imagine! called for entries to the Toyota Dream Car Art Contest. Over 9 000 entries were received and, this week, 15 children were honoured for their talent at an awards ceremony held in the Toyota museum, in Johannesburg.

Winning the under eight-year-old category was Elandri du Toit, with her Fairyota, a car that runs on fairy dust and does not disturb nature. Her Fairyota also turns hate into love.

Priyanka Govender’s Saviour Car won him the eight- to 11-year-old category. The Saviour Car provides water and electricity to those who need it every day.

Steffan Brundyn won the 12- to 15-year-old category. He designed an Intelligent City Commuter Pod (ICCP); a compact vehicle that runs on an electric engine and has City and Travelling driving modes. 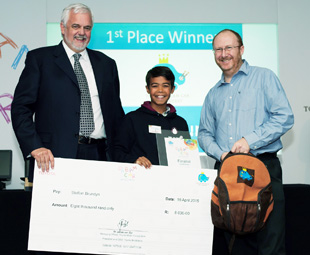 “We are proud of the reach of this competition and the talent that we discovered in the process. South African children are so talented, and this competition allows them to showcase their talents and challenge their imaginations,” says Glenn Crompton, vice president of marketing at Toyota South Africa Motors.

These top three contestants have been entered into the international Toyota Dream Car Art Contest competition, which is judged in Japan with Akio Toyoda, Toyota president and CEO, as the head of the judging jury. Over the past three years, three South African children have been finalists in the international competition.

“I would like to congratulate all the winners of the competition and wish them good luck for the international competition. We hope that the competition will reach more children in the future and continue to grow every year,” concludes Crompton.

A full list of winners and their artwork can be found here. 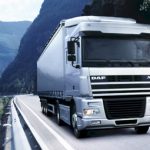 Prev Bloem is DAF country
Next Up in the air 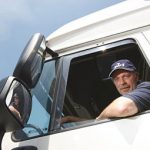