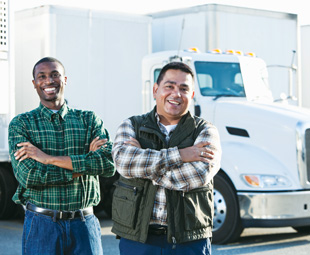 While some economists feel that the South African economy has reached the lowest point of its contraction, the remaining question is: at what point will it begin to grow again? Full-maintenance leasing is an option that could make the wait a bit more bearable

“A more financially savvy approach would be to treat all transport-related costs as operating expenses, through a full-maintenance lease (FML). The FML model optimises cash flow and allows businesses far more flexibility – for both up- and downscaling,” we quoted John Loxton, general manager of the fleet management and leasing division at WesBank, as saying in the August issue of FOCUS.

Loxton was talking about fleet-management and leasing solutions to help transporters better manage tough trading conditions and reduce transport-related costs. A full-maintenance leasing contract bundles all the costs of owning a vehicle into one, predictable monthly payment, providing a bit of stability to the balance sheets.

FML is a concept that has, over the past year or two, increasingly gained prominence in the language of trucking. The concept obviously appeals to fleet managers and bean counters alike (some would say they are one in the same today…).

This is so much so that Standard Bank recently reported that, over the first six months of this year, there was a five-percent increase in new customers who prefer to lease their vehicles instead of buying them, compared to the same period last year.

“Up to now, South Africans have been notoriously attached to the idea of owning their vehicles. It is most likely that leasing will eventually become dominant in South Africa, because it makes economic sense. The question is: how fast it will happen?” he adds.

There are many factors that could influence this, including the availability of leasing options, how well they are marketed, as well as the strength of the cultural preference for ownership.

However, Molapo is confident that the move towards leasing would happen faster among South Africa’s larger corporate fleets, which are generally more plugged into international best practice, compared to smaller fleets and ordinary consumers.

“One possible driver in favour of leasing is economic trouble of the sort currently being experienced. Growth in gross domestic product (GDP) is stagnant, business confidence seems to be low, and new vehicle prices continue to increase even as sales numbers decrease,” Molapo explains.

“Tough economic times are likely to focus the minds of fleet managers on the real costs of vehicle ownership and boost the acceptability of leasing as an alternative. Under such conditions, it is not surprising that fleet managers would take a serious look at alternatives to the traditional ownership model,” he concludes. 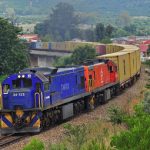 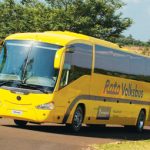