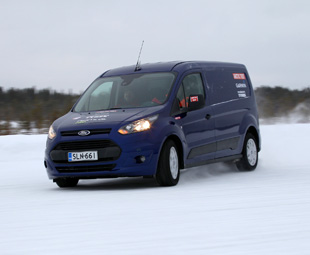 Ford has achieved a double victory in the Arctic Van Test – arguably one of the world’s most gruelling tests of vehicle performance. From racing across a frozen airfield to tackling a punishing 700 km route, the Ford Transit vans won for their overall performance in the fuel efficiency, load carrying and handling categories.

Both the all-new Ford Transit and Ford Transit Connect vans finished first in their respective classes after competing in the five-day ordeal, which subjects vehicles and drivers to extreme challenges in ice, cold and snow – in the frozen north of Finland, where temperatures can drop as low as -50°C.

“Every one of our new Ford Transits is tested in the world’s toughest climates and driving conditions long before launch, so they are prepared for just this kind of challenge,” says Paul Randle, vehicle line director, global commercial vehicles, Ford of Europe.

“Our customers depend on their Transits to get the job done and we have made sure they are ready for work, whatever the weather,” he adds.

“The Ford vans were clear winners in very slippery conditions – a great advantage when frozen roads can be anywhere and not just on the test track,” says Heikki Laurell of Auto Tekniikka ja Kuljetus magazine in Finland, which organises the annual event.

Closer to home, the mid-sized Transit Custom was launched in 2013 with the all-new, full-sized Transit scheduled to hit our shores later this year. The compact Transit Connect, however, hasn’t yet been confirmed for a local introduction. The South African line-up will only be announced during the first half of 2014. 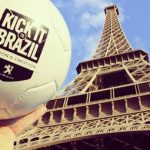 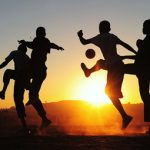