Getting ready to rumble 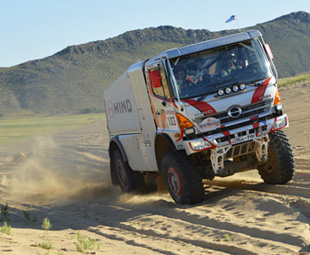 Trucks aren’t the first vehicles that come to mind when thinking of rallies – but Team Sugawara is grabbing some major attention with its amazing performance. The Hino squad finished seventh overall in the Mongolia Rally race, out of 76 vehicles.

The only vehicles to finish ahead of the Hino 500-Series, with its part-time four-wheel drive, crewed by Teruhito Sugawara and Hiroyuki Sugiura, were two Toyota FJ Cruisers, an Oscar Buggy, a Toyota Tacoma pick-up and two KTM 450 motorcycles.

“The rally was very tough, with a 450 km special stage on the first day,” explains driver Teruhito Sugawara. “The Hino suspension was simply out-of-this-world amazing! Concerns about the reliability and durability of the new suspensions turned out to be a non-issue.”

“We will be running a larger, nine-litre, 600 hp (around 440 kW) engine in the 2015 Dakar Rally and, besides aiming to continue our run of victories in the class for trucks with under ten-litre-capacity engines, we are confident we can aim for a high placing overall next year too,” says Sugawara. 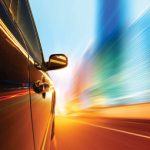 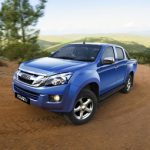