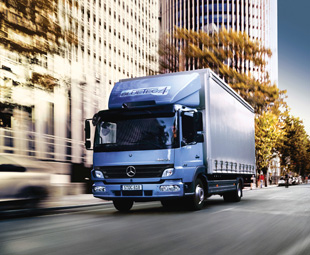 Our very own Truck Test 2013 showed that the heavy commercial vehicle (HCV) segment is not only alive and well, but a force in the market. What makes this segment so critical to the logistics chain?

Tracking the recent Naamsa sales figures reveals the HCV market has been pushing ahead with an impressive impetus all of its own.

This shows a very steady growth over the past two years. The question that arises however, is why?

The strength of the sector was understandable during the 2010 Soccer World Cup infrastructure development period and subsequent infrastructure projects, but what is supporting the continuing sales volumes?

Alexander Taftman, product and marketing director, Scania South Africa, draws a broader picture: “The projects connected to the 2010 Soccer World Cup were unique and will probably not be repeated in the future. Vehicles used in the construction segment account for the smallest part of the three main segments – long haulage, distribution and construction – and therefore, will not have any significant effect on the volume growth of the total HCV market within the medium term.

“However, if we look at current construction projects, there are few major or national projects in the pipeline that will drive the need for vehicles above what would have been expected,” he says.

Clinton Savage, divisional manager at Mercedes-Benz Trucks, agrees: “Although the performance of the HCV segment has not been as robust as it was during the build-up to the 2010 Soccer World Cup, it has fared better than anticipated. There are some current ongoing infrastructural projects, but not enough to explain the performance of the entire sector.” 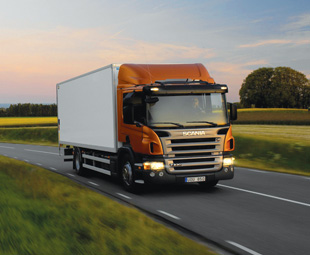 Leslie Long, senior manager: Hino marketing and demand planning, adds: “There are no major developments or activities that are obviously responsible for the positive results.”

The SA transport and logistics sector is often criticised for being biased toward road transport rather than making more use of the rail system. But until the rail system can offer a viable alternative, the long-haul and especially shorter-haul distribution sector will continue to use trucks, and the HCV segment has a significant role to play in this overall scenario.

The Department of Transport continues to play a central role in the Durban-Free State-Gauteng logistics and industrial corridor, as well as in unlocking the economic potential and opportunities in the North West Province.

How these developments will affect the HCV market is not yet clear. “A positive factor that is often overlooked, however, is the impact of the low interest rates that have been available for some time now,” says Savage. There appears to be a trend for some major operators to initiate vehicle replacement programmes at present.

“One factor that Hino has noticed is that some large fleet operators are replacing vehicles, which has had a positive influence on first-half of 2013 results,” says Long. “Linked to this we have seen a general shortening in replacement cycles from fleet operators on the back of improved warranty offerings from original equipment manufacturers (OEMs) over the past three years.”

Taftman concurs: “Operators continue to have a replacement need, but it would be part of a planned programme as there are no indications of any changes in upcoming infrastructural projects that would trigger a replacement need above the ordinary in the construction segments.”

Do fleet operators replace vehicles because new technologies are being introduced? Not necessarily according to the commentators. As vehicles come up for replacement, any new technology is automatically embraced.

Says Taftman: “On a regular basis, all manufacturers introduce new technologies. However, major technological changes are usually triggered by changes in legislation. South Africa has not had a change in either road regulations or emission legislation in many years and, therefore, the designs and features of vehicles are not changing as often as they could.”

Savage adds: “Our ability to introduce a wider and more advanced product offering is hindered by the insufficient availability of cleaner fuels. However, new safety features and driver aids are always welcomed by fleet operators.”

Most OEMs see the healthy state of the HCV market continuing in the medium-term future. Long says Hino is confident: “Taking the prevailing economic conditions into account, we foresee a stable HCV market over the short to medium term.”

Savage agrees: “We anticipate growth to be slightly above GDP.” 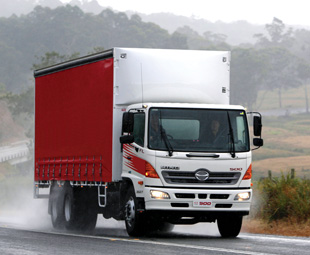 Taftman is slightly more cautious: “It depends on how ‘medium-term’ is defined. Considering the volatile economic situation both globally and locally, any predictions beyond six months are difficult to make. In the short-term perspective we can assume the total market for 2013 will end more or less on par with 2012. Anything beyond that is honestly impossible to foresee.”

OEMs are constantly looking at new developments to add to their repertoires – but these obviously need to be evaluated for the SA market’s requirements. “Scania continuously introduces new products and services to the global market,” says Taftman. “As soon as we recognise one that will bring value to local operators, we introduce it to the market.”

Both Hino and Mercedes-Benz are eager to introduce more advanced Euro-level engines to the SA market but are being frustrated by the inferior quality of diesel fuel that is available here.

On a positive note Taftman adds: “The development of more advanced logistical networks in SA will drive the interest in integrated fleet management solutions. Europe is a few years ahead, but the change is starting to be noticed here, which is very exciting. If these systems are used to their full potential, major savings are possible for operators and it will help to grow the transport industry in general in the future.”

It appears that there is an entrenched requirement for HCV trucks in their various forms in the SA market. The versatility of HCV trucks should never be overlooked; they are being utilised for so many different applications, from long haulage to distribution and construction – which augers well for the future of the local HCV market. 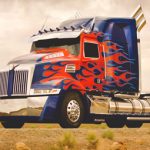 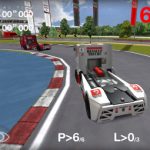