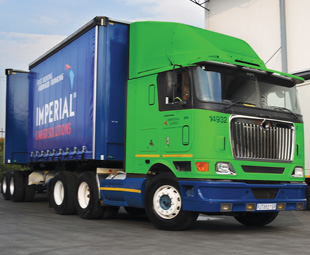 As South Africa focuses more intently on issues of sustainability, supply chains have the potential to contribute to the country achieving “Vision 2025”, which aims to improve South Africa’s energy mix by having 30% clean energy by 2025.

One global logistics player that is successfully integrating sustainability practices throughout the supply chain is Imperial Logistics.

Over and above investing in “green” technologies and assets, companies can unlock environmental and economic benefits by making practical changes to supply chain processes and products. Addressing the problem of carbon emissions and environmental pollution not only limits carbon footprint and waste, but optimises supply chain performance.

“There is a dire need to ‘green’ logistics, and transportation in particular,” says Abrie de Swardt, Imperial Logistics marketing director. “This can be achieved through distribution network and route optimisation, reduced vehicle emissions and fuel consumption, use of renewable energy and improved refrigeration in vehicles.”

Almost 20% of the world’s total delivered energy is used in the transportation sector, where liquid fuels are the dominant source. The recently released 7th Annual State of Logistics survey, published by the CSIR, Imperial Logistics and Stellenbosch University finds that in South Africa, the transport sector (freight and passenger movement) consumes 27% of South Africa’s total final energy, 78% of its liquid fuels and 1,6% of its electricity.

In 2009, 23 million tons of greenhouse gases were emitted due to land freight transport activities. “This amounts to 49% of transport emissions and just under 5% of total emissions for the country. Road freight contributed 20,3 million tons and rail 2,7 million, which translates into R4,6 billion and R0,6 billion in costs to the environment,” says De Swardt.

He states that making logistics “sustainable” in the longer term will involve more than just cutting carbon emissions. “To balance economic growth and social development, taking climate change into account, the concept of the triple bottom line must be followed. This concept advocates a simultaneous concern for economic, ecological and social sustainability in organisational decision-making.

For example, Imperial Logistics’ member company, Imperial Cargo has just relocated to its new, “green” national logistics hub in the Western Cape. The new office building for the company’s 120 employees runs on electricity generated by the CES solar system on the warehouse roof.

De Swardt notes how all the IT on the site runs on clean power. In addition, motion sensors tell the building where the people are, so lights are switched off in empty offices. On cold days when there is extra capacity within the solar system, the building switches off some air-conditioning from outside grid power to the solar system.

The company also invested in three semi-trailers and equipped one rigid unit with the ecoFridge, nitrogen based refrigeration technology that is completely harmless to the environment. It is anticipated that the use of the four ecoFridge units in the Woolworths distribution operation, will result in the elimination of 596 tons of CO2 per year. There is the added benefit of the absence of noise pollution when utilising these nitrogen based units.

He comments, “Though it is still early days, we are proud of the environmental milestones that we have achieved together with our stakeholders. Each project undertaken teaches us valuable lessons from which to improve our performance for the planet and people.”

Early adopters of sustainability based business practices are finding that “green” projects can generate savings. “After all, it is all about eliminating waste within the supply chain,” De Swardt adds. 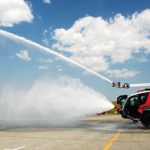 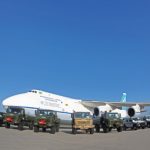