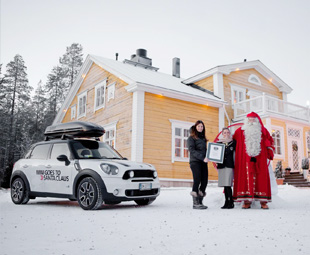 Watch out Dasher, Dancer, Prancer and Vixen: Santa’s sleigh could be replaced! No, not by a convoy of trucks either; the longest list of Christmas wishes to be recorded in history has been delivered to Santa Claus by a fleet of Minis!

The “Mini goes to Santa Claus” Christmas mission set a Guinness World Record for collecting the largest amount of Christmas wishes ever. The longest wish list in the world (3 798 metres) was delivered to Santa Claus in the city of Rovaniemi at the end of last month.

No, we’re not making all this up! Rovaniemi is an actual place and is known as the official hometown of Santa Claus. It is located on the 66th parallel inside the Arctic Circle, about 800 km from Helsinki and 2 600 km from the North Pole.

The operation began when a fleet of eight Minis departed from the BMW Group headquarters in Munich, Germany, with Rovaniemi set as the final destination. The convoy travelled from one end of Europe to the other, collecting a staggering amount of 75 954 Christmas wishes, written both by adults and children.

The Minis visited a total of 16 countries, covering more than 3 500 km and clocking up some serious mileage along the way. The fleet passed through some of Europe’s most beautiful cities such as Copenhagen and Stockholm, where the collection of the wishes did not stop until the destination was reached.

Upon arrival in Rovaniemi, special guest and Finnish driver, Ruano Aaltonen welcomed the fleet. Aaltonen is famous for his incomparable driving style and is well known for his victorious win behind the wheel of a classic Mini in the 1967 Monte Carlo Rally.

In honour of the “Mini goes to Santa Claus” event, Aaltonen gave a spectacular driving performance in a Paceman, giving the audience and international press a taste of the Mini ice driving experience.

The Mini Clubman, Countryman, Hatchback, Coupe, Roadster and Cabrio were all part of the record setting journey, delivering the eco-friendly wish list safely and securely to the hands of Santa. 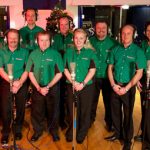 Prev Truckers swap steering wheel for microphone!
Next Safer taxis for all! 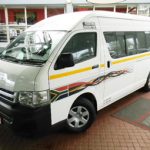