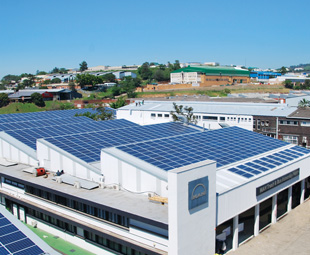 The MAN Pinetown assembly plant produces variants of the company’s low, medium and heavy range truck and bus chassis to global standards. It now also leads the way as one of the company’s most energy-efficient plants in the world.

Any reputable company will tell you that, to be taken seriously and be able to offer consistent levels of service and quality, all aspects of the organisation must be aligned to the same level of consciousness. This is especially so, in these times of ultra-competitive marketplaces and the raised importance of safety, health, environmental and quality (SHEQ) issues.

It’s for this reason that the MAN Truck & Bus South Africa Pinetown Assembly Plant has become the most recent of the company’s global plants to take the lead and improve its environmental situation. It is now 100-percent energy independent and 100-percent CO2 neutral.

How has MAN managed such a feat with the 53-year-old facility? It has been achieved by installing photovoltaic (PV) solar panels. 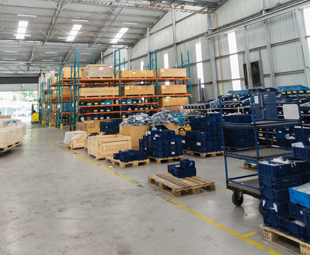 Heiko Kayser, plant manager and vice president of truck and bus chassis production at MAN Truck & Bus SA, explains the concept: “We are part of the MAN worldwide production network, so we need to align our processes to other plants and follow worldwide standards. The PV solar panels are part of our Green Production initiative, to reduce energy consumption and CO2 emissions.”

“One of the MAN Climate Strategy objectives is to reduce the company’s carbon footprint by 25 percent by 2020. The successful implementation of the PV solar project is a reflection of MAN’s commitment to environmental responsibility,” adds Lynette Kühn, quality assurance manager, MAN Truck & Bus SA.

Kayser continues: “The different solutions are tailored to the areas in which the plants are located. In South Africa, for example, there is a lot of wind and sun, so the PV solar system is the most efficient for us.”

MAN decided on this system following a feasibility study conducted in 2013, which included a market analysis and business case. The energy generated by the PV solar panels is used to drive all production processes and electrical equipment such as computers and lights.

With current production volumes being ten units on the single shift being run at the moment (the plant’s installed capacity over two shifts is 6 600 units per annum), there is the guarantee of a surplus.

Kayser and Kühn explain: “We generate 810 000 kWh per annum, and our current consumption is only 790 000 kWh. The PV installation is an embedded installation – linked to the grid – so anything we produce over and above our needs is fed back into the grid. The system prioritises the use of the available renewable energy provided by the PV system at all times; should additional capacity be required, this energy will then be drawn from the grid.” 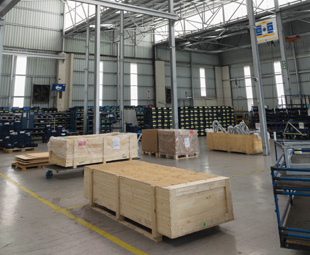 While the PV installation might be the biggest news at the moment, it’s not the end of the environmentally friendly, quality-focussed story from whence your locally built MAN comes …

A new wash bay has been built that incorporates a water recycling facility to reduce water consumption, and a new worker-friendly finishing spray booth was installed during December 2014, to ensure controlled levels of paint emissions into the atmosphere.

As Keiser is keen to point out, though, it’s not all about impressive technical solutions. “As management we try to lead by example, educating staff and increasing their awareness to reduce energy usage.

“Do you need a light on? Have you switched off your tools when you’re done using them? It’s about understanding. It is the responsibility of MAN as well as all of its employees. We have to start now in order to support our next generation.”

In this world of smoggy cities, sky-rocketing prices and dwindling resources, we couldn’t have said it any better ourselves. 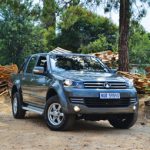 Prev Business and pleasure
Next Sprinting to 20! 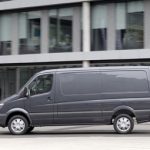