Our tests need to be tougher 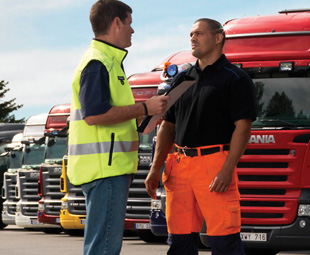 Is the minimum size of the truck tractor and semi-trailer, required and used to obtain a code EC driving licence, contributing to our high and unacceptable truck accident rate?

To get clarity on the minimum size of vehicle that would meet the set legal standards to obtain a code EC driving licence, I spoke to Pieter Van Tonder, the owner of Amohelang Training Services, a company that specialises in driver training and development.

I was amazed (and concerned) to find that a learner driver, being tested for his or her code EC driving licence, could do the physical yard and road test with an articulated vehicle, which had a GCM of 16 t or more, coupled to a semi-trailer with a minimum length of six metres. This means that a 4×2 truck tractor coupled to a single-axle semi-trailer could be used for the test.

My concern is that once the driver passes his or her test and obtains a code EC driving licence and Professional Driving Permit, he or she can legally drive a truck and trailer where the GCM is 56 t.

Van Tonder said that this actually happens and quoted the example of a driver who had obtained his code EC licence using a 4×2 truck tractor and six-metre-long semi-trailer and, without any further experience, was employed to drive an extra-heavy truck tractor with a set of interlink semi-trailers on a route with steep gradients.

Van Tonder also said that there are companies that employ drivers without establishing that the applicant is competent to drive the vehicle in a safe and professional manner. He said that often one of the workshop technicians is asked to test the driver and the test normally consists of a trip around the block – which is far from adequate. This lack of proper testing often results in truck accidents.

Discussing the high accident rate that we experience on our roads, Van Tonder said that, in his opinion, heavy-duty truck drivers are badly treated. He said that he would like the South African government to take more interest in the welfare of long-distance drivers by providing better facilities along the main artillery roads – places where the drivers can park their vehicles safely, have a clean shower and buy healthy food at a reasonable price.

He said that many drivers adopt a negative attitude, saying that they are not treated well and, therefore, they drive the vehicle without respect for the law or the vehicle that they drive.

My advice to transport companies is to spend more time on driver training. Ensure that the driver you employ can handle the vehicle (that he or she will be required to drive) in a safe and professional manner, before you allow the vehicle to leave your yard.

Don’t accept that, because the driver possesses a heavy-duty driving licence,
he or she is competent to drive your vehicle.

One of this country’s most respected commercial vehicle industry authorities, VIC OLIVER has been in this industry for 49 years. Before joining the FOCUS team, he spent 15 years with Nissan Diesel (now UD Trucks), 11 years with Busaf and seven years with International. 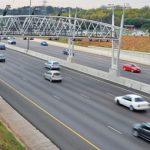 Prev What’s in a number?
Next South Africa: some concern, some confidence 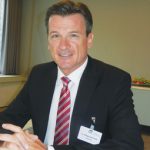