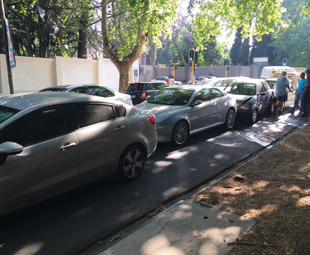 You may think you’ve read this all before (exactly a year ago, in fact), but do not fret – it’s an entirely new story

I challenge any of our readers to come forth and say that they have had worse luck during their vehicle-owning history than I have. (To be fair, let’s keep it to private vehicles, as I don’t own a fleet of company vehicles, which, one could argue, would worsen the chances.)

It’s uncanny, but at least once a year something that could be considered catastrophic happens to one of my vehicles. I’m talking theft, major mechanical failures and accidents. Strangely, that once a year has mostly fallen in the final quarter. September may be my birth month, but it sure makes me nervous …

It was a Thursday morning, and the first three weeks of October had gone well. Nothing had happened to any vehicle owned by me or anyone I know. I crossed over a familiar intersection as I do every day on my way to work.

I slowed down for a long line of traffic, ensuring there was a good gap between my car and the one in front, when coming to a stop only ten metres or so after the intersection.

I did all this while checking my rear-view mirror that the chap behind was paying attention and coming to a stop with enough space between us. He came in a bit hot, but stopped with an acceptable gap. I could see his number plate, after all; which doesn’t happen often. 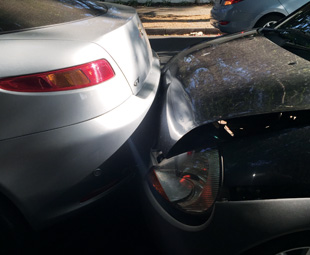 The poor woman in front of me (car number four) couldn’t believe that she was affected by someone three cars back trying to beat the red light. The culprit was driving a lightweight Nissan 1400, so you can imagine the momentum he must’ve been carrying …

You wouldn’t guess it from the pictures, but my car’s repair bill totalled more than R32 000 and it took a month for it to arrive back in my driveway! All because someone had to try and beat the orange, and was too selfish and impatient to come to a safe stop at a red traffic light.

I need someone to explain this mentality to me. Why do drivers HAVE to make it across the intersection at the last possible moment, even when they know they’ll have to stop just a few metres further on, behind a line of cars that isn’t going anywhere?

If you pay attention, you will see it every single day. A driver may not have enough time to come to a complete stop as the robot changes to orange, and so goes through. This is perfectly fine, as long as it is safe to do so, the law says.

The problem is that the driver behind him will also deliberately race through, despite having adequate time to come to a stop – and so then will the one behind him. By this time, the lights have long been as red as [insert preferred simile] ….

At best, this behaviour annoys the other driver whose turn it is to cross the intersection, or they would have begun to do so already, and flying bits of glass, metal and plastic will result. Even worse, a pedestrian might have begun crossing the intersection, as their light would now be green, too.

I’ve seen a pedestrian get hit by a car. It’s far more horrifying than having someone bump your car from behind.

Drivers need to come to the realisation that they are in command of at least a tonne of steel (much more in the case of a commercial vehicle), which carries great momentum even at city speeds, and that is potentially a lethal weapon.

And that is bad luck I don’t want dictated by others! 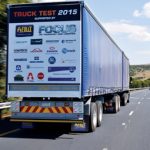 Prev Optimistic about the future
Next A few chinks in the armour? 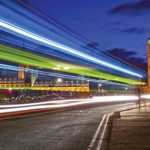