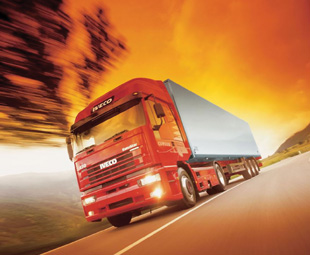 Is Africa still the “Dark Continent”? Or is it the one on which to keep a watchful eye?

BLAIR BURMEISTER looks at the good, the bad and the ugly of the future of transport, logistics and opportunity in Africa.

“How do we deal with Africa?” This was the opening question posed by former director of the Kenya Anti-Corruption Commission, Professor Patrick Lumumba, at a breakfast seminar held to highlight matters emerging from the latest Barloworld Logistics’ Supply Chain Foresight.

The 2012 edition of this independent study, which the company has sponsored since 2003, is titled “South Africa Inc. Growth, Competitiveness and the Africa Question.”

The breakfast power session – themed “The Africa Opportunity” – covered both risks and opportunities within the African continent, giving insight as to how South African companies can capitalise on the latter.

Africa is rising and South Africans need to be more strategic, savvy and courageous about doing business elsewhere in Africa. Brazil, Russia, India and China are zoning in on African markets to take hold of the growth opportunities at hand. These were some of the salient points of discussion.

The audience interaction at the breakfast session revealed that 93 percent of the delegates who attended were actively engaged in business in Africa with their own offices or infrastructure, or had advanced plans to do so in the near future.

Africa is a unique continent of contrasts. Facilitating trade through the continent is not easy, with poor roads infrastructure and onerous procedures making it difficult to get to and from the landlocked countries that possess endless export and cargo opportunities. Africa’s topography ranges from deserts to mountainous jungles – it’s a vast landscape that makes travelling by road an act of bravery.

Each country has a unique value proposition, and there is a strong need for the road, rail and ports transport networks to be significantly improved. For Africa to thrive, the infrastructure of its roads and corridors needs to be addressed. This poor infrastructure may be a negative for the continent, but it’s also an investment opportunity, particularly for sound businesses within South Africa.

“People in South Africa need to realise that Africa is the place to be,” said Lumumba. The economies of east African countries such as Kenya, Tanzania, Rwanda and Burundi all together are smaller than the economy of Gauteng. An economy such as South Africa’s is useful for Africa.”

There is a trend within Africa’s private sector, where companies are starting to build their own infrastructure to increase efficiency and reduce costs. Logistics infrastructure for Africa has the potential to unlock the continent’s economic growth at the same time, providing its people with employment and empowerment.

Adama Deen, head of infrastructure programmes and projects for the New Partnership for Africa’s Development (Nepad) says that, in terms of road infrastructure, Africa has done well to connect the missing links between states.

Already, connections (road developments and maintenance) have been established between North and West Africa. There have also been major developments in the Southern African Development Community (SADC) countries and within the East African Community (EAC). However, challenges within middle Africa remain. Heavy vegetation and difficult topography are top challenges, along with the distinct lack of road infrastructure priority. This is the next step for Nepad.

The organisation has put forward the priority to create a network for cross-border transport, not only in terms of roads, but for air, rail and shipping as well. This will provide the continent with the opportunity to engage more actively in international trade. The short-term goals of the project are already under way.

The Chinese have already tapped into Africa’s potential and have perfected the art of smart investment within African countries. Uganda has arguably one of the poorest road networks on the continent, and China is now playing an important role in its infrastructure development. In June, China delivered the first batch of road equipment as part of a 40-year soft loan of about US$106 million (R914 million) to boost road transport in the country.

Besides improving the Ugandan road network, the projects have created thousands of jobs, putting money back into the government. There appears to be a harmonious relationship between the Chinese and the many African countries they have invested in. The transfer of knowledge they are bringing to the picture is another positive aspect, with Chinese engineers training locals on new technology pertaining to road construction, giving the Ugandans a leg up in paving the way to their own development.

Barloworld Logistics believes there is great potential for the continent as an emerging logistics market. Frank Courtney, CEO of Barloworld Logistics (Europe, Middle East and Asia), predicts that the fast growth of GDP in some regions and the relatively low intra-trade taking place within African countries will increase the demand for cargo services across most industry sectors over the next five years. “African economies are undoubtedly growing economies and the range of cargo required is wide,” he said.

Although Courtney sings the praises of Africa’s future potential, he is quick to warn that even though Africa is a growing economic continent, it isn’t without its challenges.

“The infrastructure is not equipped to handle the level of growth, and this can lead to inefficient supply chains,” he said. The complexity of customs, different import laws and trade regulations all differ in each country.

“You need to understand the culture and dynamic of each country”, said Lumumba. “The way you treat Kenya may not be the way you deal with Ghana or Nigeria
or Ethiopia.”

However, if you can take such factors into account and overcome the obstacles, it makes sense for South African logistics companies to further their business development into the rest of Africa. Our sophistications and advancements can do a lot for the continent.

“With a growing middle class, increasing urbanisation as well as untapped resources and agricultural potential, development of Africa’s supply chain is imperative for growth,” said Marius Swanepoel, CEO of Imperial Logistics. “Expansion throughout Africa is an exciting growth area for us. On our continent, the development and upgrading of Africa’s sub-Saharan transport corridor can strengthen the value proposition of the region’s logistics offering.”

In October, the International Monetary Fund (IMF) released figures that reveal a positive outlook for growth on the African continent. Its Regional Economic Outlook for sub-Saharan Africa report found that economic activity in the region is expected to expand by about five percent in 2012 and 2013, a similar pace to that observed in 2010 and 2011.

Charles Brewer, MD of DHL Express sub-Saharan Africa, backed up the IMF’s findings, saying they are echoed by DHL’s own shipment numbers across Africa and provide a good understudy for trade activity on the continent.

“We have seen strong double-digit growth in Africa,” he said. “Since 2001, South Africa and many other African countries have seen a significant shift in trade partners. Our dependency on Europe has been reduced, while trade with Asia and intra-Africa has picked up significantly. This is proving to be extremely positive.”

With Western economies having to contend with economic uncertainty, job stagnation and the global debt crisis, Africa is of massive importance to the global economy. Many believe Africa will outpace Western economies. This is an exciting time for the continent, and tapping into that potential could be a smart move. Ambitious, some might say – but as the famed geographer George Kimble once said: “The darkest thing about Africa has always been our ignorance of it.” 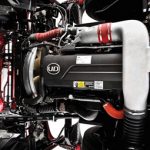 Prev Genuine parts: real rip-off?
Next Transport through the times … 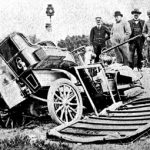