The land of innovation 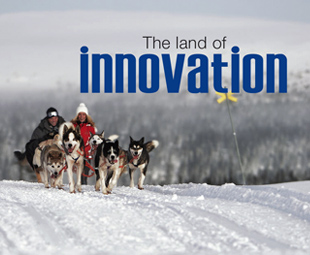 Home of the prestigious annual Nobel Prize award ceremony, Sweden has a long and distinguished history as a global thought leader and innovator. GG VAN ROOYEN examines how the country is leading the charge against the world’s biggest current threat: climate change.

Every year, on 10 December – the anniversary of Alfred Nobel’s death – some of the greatest minds in the fields of physics, chemistry, medicine, literature and economics make their way to the Stockholm Concert Hall for what is undoubtedly the most prestigious award ceremony in the world: the Nobel Prize award ceremony.

The primary reason why the ceremony – and the prizes handed out on the evening – are held in such high esteem is that the selection process is very long and rigorous. Nominees are reduced from thousands down to 15 finalists, so receiving an award is quite an honour.

But, even though the thorough nomination and selection process is central to the Nobel Prize’s stature, there is another reason why it is held in such high esteem. Perhaps more than any other award, it seeks to honour those individuals who have truly strived to improve the lives of others.

It was Alfred Nobel’s wish that those academics who engage in selfless research be rewarded, and for the most part, this principle has endured. To be sure, some controversial selections have been made – Yasser Arafat, along with Yitzhak Rabin, received the Peace Prize in 1994 to great public outcry – but for the most part, those who have won have been deserving of the accolade.

True to Nobel’s wishes, the Nobel Prize has also remained an international award that recognises academics regardless of race or nationality.

“It is my expressed wish that in awarding the prizes no consideration whatever shall be given to the nationality of the candidates, so that the most worthy shall receive the prize, whether he be Scandinavian or not,” reads Nobel’s will.

HISTORY OF INNOVATION
While Sweden is known today for honouring innovators from all over the world, the country’s own history of innovation is less well known. Alfred Nobel might be Sweden’s most famous son, but the country has been home to a great number of inventors.

In fact, according to the United States Patent and Trademark Office, only 10 other countries in the world hold more patents than Sweden. An amazing statistic if one considers that the country has a population of fewer than 10 million people.

And many of its inventions are still in use today. Humble – but indispensible – modern objects like the zipper, the safety match and the adjustable spanner were all invented in Sweden.

In the field of transport, the country also offers some very useful innovations. The propeller used in ships and aircraft was patented by John Ericsson in Sweden in 1836. Also, the modern ball bearing was invented by the Swede, Sven Wingquist, in 1907. The company that produced these new ball bearings, SKF, is still a strong international player today.

The turbo engine for cars was first produced by SAAB in 1976. SAAB’s turbo, invented by Bengt Gadefelt, had the advantage of kicking in automatically when more power was needed and forever changed the way cars – especially high-performance ones – were designed.

In short, Sweden has a long history of offering inventive solutions to problems. And owing to the effect of fossil fuels on the environment, the world is suddenly in desperate need of an innovative energy solution.

FOCUSING ON CLIMATE CHANGE
With climate change increasingly becoming an issue that cannot be ignored, Sweden is now applying this innovative nature to the problem of reducing CO2 emissions. Thanks to some very practical decisions by both government and industry, the country is quickly becoming a global leader on this hot button issue.

And one of the industries that it is targeting specifically is transport. According to a 2008 report written by the Swedish Institute for Transport and Communications Analysis (SIKA) on behalf of the Swedish Government, the country must reduce the transport sector’s climate impact by 24% – compared to 2005 levels – by 2020.

The reason that the country is focusing heavily on the transport sector is that it accounts for around 30% of Sweden’s greenhouse gas emissions. So, if the government wants to cut down significantly on CO2 emissions, it has to reduce vehicles’ dependence on fossil fuels.

And while it’s admirable that Sweden wants to reduce its carbon footprint, it is the way in which it is approaching the problem that is truly impressive. So far, the country has shown a genuine interest in pioneering energy solutions that can benefit all countries. In a time when many countries and companies are simply paying lip service to the issue of climate change, Sweden is approaching the issue in a pragmatic fashion.

A good example is the production and implementation of biofuels. While many countries are currently placing tariffs on imported biofuel in order to protect their own burgeoning industry, Sweden is calling for an end to all tariffs.

“The committee is of the opinion that Sweden has a responsibility to help promote global conditions conducive to the production and use of biofuels which are climate-friendly, i.e. resource and energy efficient, have a low impact on biodiversity and land use, and can help to alleviate other conflicts of objectives,” states the SIKA report.

With this in mind, the Swedish government is currently partnering with Swedish manufacturer Volvo to conduct field tests regarding the viability of Dimethyl ether (DME) as a biofuel. Fourteen Volvo FH trucks will be tested by selected customers at four locations in different parts of Sweden between 2010 and 2012 in order to examine if widespread implementation of DME will be possible.

The country is also doing its best to reduce the carbon footprint of its public transport system. Scania, for example, recently delivered 85 ethanol-powered articulated buses to Busslink, operator of bus services for Storstockholms Lokaltrafik (SL), the regional public transport company in the Swedish capital.

“A continued commitment to ethanol power is consistent with SL’s decision to buy only buses that operate on renewable fuels starting in 2010,” says Leif Nyström, who is in charge of bus and coach sales at Scania’s Swedish distributor, Scania Sverige AB.

A PROUD LEGACY
If Alfred Nobel were able to see the role that Sweden is playing in the fight against climate change, he would undoubtedly be very proud.

Nobel stated in his will that: “The whole of my remaining realisable estate shall be dealt with in the following way: The capital shall be invested by my executors in safe securities and shall constitute a fund, the interest on which shall be annually distributed in the form of prizes to those who, during the preceding year, shall have conferred the greatest benefit on mankind.”

Today Sweden not only honours those whose research confer benefit on mankind, it is playing a leading role in protecting our way of life by finding sources of renewable energy. A pursuit worthy of a Nobel Prize. 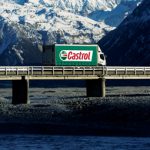