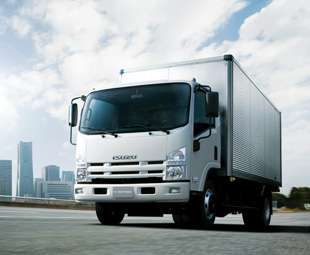 This year is going to be challenging for everyone, but especially for “the little guys”. That’s according to Craig Uren, Isuzu Truck South Africa’s director and chief operating officer…

Uren was addressing the media at his annual “State of the Nation” address. It’s something I always look forward to, because he generally has his finger on the pulse (Uren’s predictions are normally spot on). He also “tells it like it is” – hence the sidebar on this page, listing some of his “quotable quotes”.

Like many other people, he’s predicting a tough 2017 for us all – but especially for “the little guys”. He warned: “The medium commercial vehicle (MCV) market was hardest hit in 2016, because these operators could not get finance. The big hit has been at the bottom end of the market. Until such time as the economy gains traction, the little guys will continue to struggle.”

Uren is expecting a total South African commercial vehicle market of 27 500 units in 2017, meaning growth of around 1,8 percent. He’s not expecting an easy ride for Isuzu Truck South Africa (ITSA).

“Since the inception of our company in 2006, we have had a clear objective: being the number one Japanese original equipment manufacturer (OEM) in South Africa. This first became a reality in 2013,” Uren recalled. This (2013) was also the first year in the company’s history that over 4 000 Isuzu trucks were sold in South Africa – 4 019 units to be precise – which moved the then market leader into second position. 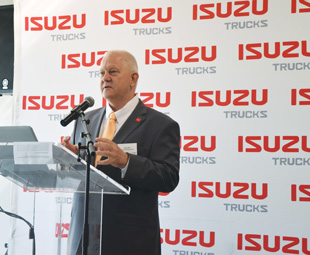 “We remained focused once we achieved the number one position, but we were aware that staying at the top was not going to be an easy task,” Uren said.

Will ITSA be the top Japanese OEM for a fifth year in a row in 2017? “This is not going to be an easy year. With product, parts and aftersales service back-up, there shouldn’t be a reason not to, but time will tell,” he noted soberly.

At least the company is working off a solid base. “Despite certain challenges, ITSA held onto its number one position for a fourth consecutive year and ended 2016 with a 14,6 percent market share. With 1 971 units sold across the 19 N-Series model derivatives (totalling 50 percent of total ITSA volume for 2016), we claimed 23,3 percent of the total MCV market. That sector closed on 8 451 units, including Associated Motor Holdings,” Uren revealed.

Uren obviously wants to see more of the same this year. “As usual, we will focus on the bigger picture. We’re a long-term business, not a short-term business. Our responsibility doesn’t stop at the factory gate,” he stressed.

He said that the fortunes of his company and of other OEMs would, however, depend on the economy as a whole. He was reasonably positive about the outlook for truck operators.

“It’s unlikely that rail will be a big threat going forward. I hope that rail gets its act together, because it would be good for the country as a whole, but, based on the recent past, that’s probably not going to happen,” he predicted.

Surely there are tough times ahead for operators as a whole? “It won’t be easy. The fuel price will probably rise by R2 per litre fairly soon, for instance. Having said that, the truck operators in South Africa are damn good when it comes to dealing with adversity,” he pointed out.

The press conference was full of quotable quotes by Craig Uren. Here are some of my favourites:

On 2016: “The biggest factor in our industry in 2016 was a reluctance to commit to purchases. However, that changed after the municipal elections, when we saw optimism return to the market; 2016 was a year of change − a year of the bull in the China shop.”

On economists: “A lot of economists may think they are in the wrong game, because they have lost the plot in the last year. The world is full of embarrassed economists, because their predictions of late have been so wrong.”

On the role of a truck: “A truck is an economic enabler. It employs people wherever it goes. On the continent of Africa, you cannot move people and goods without a truck or a bus.”

On South Africa: “We have an unbelievable country, full of resources and talent. We just don’t harness them well.”

On the Automotive and Production Development Programme: “The intention of the APDP is not wrong. We are trying to create jobs in this country. Going forward, talking and communication will be critical.”

On car drivers: “I drove trucks over the festive season and I was appalled at the bad behaviour of car drivers. They don’t respect trucks!”

On cyber attacks: “You cannot see or feel anything in business any more. You just know when you are in trouble.”

On ITSA: “In ten years we have not retrenched one single person! That’s because this business is sustainable.”

On pricing: “Truck prices have risen dramatically, by up to 15 percent in the past year.”

On Donald Trump: “The first 100 days of Trump will see things being undone.”

On South Africa’s economy: “We are running out of time. It needs to be fixed − sooner rather than later.”

On Brexit: “We have seen a lot of talk, but no actual plan.” 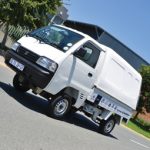