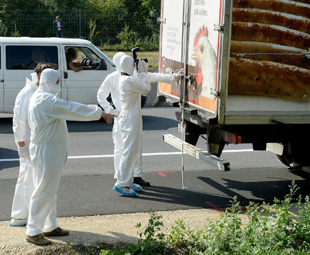 More than 70 decomposing bodies were found yesterday inside a truck, abandoned at the side of a motorway, in Austria near the Hungarian border.

In the most recent report surrounding the incident, Al Jazeera has reported that the discovery has cast a shadow over talks in Vienna, Austria, where Europe’s leaders have gathered to discuss the mounting refugee crisis on the European continent.

The news network reports that the truck had travelled to Austria from Hungary. “The partly-decomposed bodies were piled on top of each other in a cargo container in the vehicle, parked off the highway in Burgenland state,” it states.

Hungarian and Austrian authorities have launched a cross-border hunt for the missing driver, believed to be Romanian.

While information is vague, RT Network quotes Reuters: “’Work continued throughout the night, but I expect all the bodies have been removed now,’ Helmut Marban, a police spokesman for the Burgenland province, told Reuters, adding that forensic investigators ‘are still at the lorry and trying to establish all the facts’.”

“‘One can maybe assume that the deaths occurred one-and-a-half to two days ago,’ National Police Director Hanspeter Doskozil said at news conference, adding that ‘many things’ indicated they were already dead when they crossed the border,” RT Network reports.

According to Al Jazeera, 2015 has seen record numbers of people trying to reach the European Union by sea and land as they flee conflicts in Africa, Asia and the Middle East. Officials expect the total number of asylum requests in Austria to reach 80 000 this year. 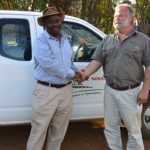 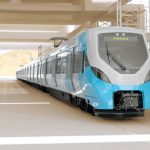