Will the carnage on our roads ever end? 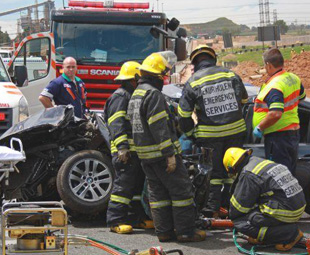 Minister of Transport Ben Martins, in his address to the National Council of Provinces on May 23, said that it is an unfortunate reality that road fatalities have become the major cause of unnatural deaths in the world today. “In South Africa, approximately 40 people die every day due to road crashes, which adds up to 14 000 deaths annually,” he says.

“There are various contributory factors behind this dire and grave reality,” Martins explains. “These include reckless and negligent human behaviour, defective vehicles and road and environmental conditions.”

He adds that alcohol abuse, jaywalking, not buckling up, excessive speed, dangerous overtaking and driver fatigue are among the most common human behaviours which add to road fatalities.

“Compliance with the law remains a huge challenge,” says Martins. “In particular, we’ve noticed that only two percent of backseat passengers use safety belts, compared to 60 percent of drivers and front seat passengers.”

With regard to vehicle factors, the main causes are burst tyres and faulty brakes and steering wheels. “There are many vehicles on our roads that are not in a roadworthy condition, yet they have been issued with roadworthy certificates due to fraud and corruption at some of the testing stations,” Martins points out. “We have instructed law enforcement agencies to use the full might of the law to address this plague of corruption, which results in crashes and fatalities in many instances.”

As for the road and environmental conditions, these include the poor state of road surfaces, dangerous hair-pin bends and inclement weather conditions that lead to poor visibility.

“In 2010, passengers accounted for 38 percent of fatalities, while the number of pedestrians and drivers stood at 33 percent and 29 percent respectively.”

Martins says that greater attention should be given to secondary routes in townships, villages and suburbs. “This process has already begun,” he points out. “The analysis of data, road safety campaigns and trends will further guide the Department of Transport as we review current road safety strategies.”

He adds that national, provincial and local government strategies include more stringent law enforcement, public education and awareness campaigns and direct support to vulnerable sectors of society, like indigent learners who have to cross busy roads on their way to and from schools.

He adds that Sanral also plays a significant role by including safety measures when constructing new roads or rehabilitating existing ones. “Sanral’s interventions include constructing pedestrian bridges and speed calming measures in densely populated areas where the national road network passes through communities.”

With the numbers mostly on the rise and the socio-economic cost of road fatalities estimated to be around R306 billion per annum (with it being impossible to place a value on the loss of lives), hopefully the plans for the future by Department of Transport, and the implementation of these plans by its agencies, will create safer roads for all South Africans. 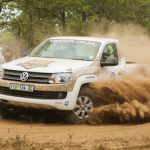 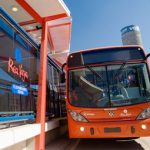