A word of advice 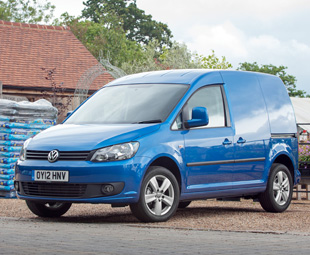 The Volkswagen Caddy However Big Your Ambition report, commissioned to understand the common mistakes business owners regularly make, and to help prevent bosses from continuing to make costly blunders, reveals that mistakes and bad decisions cost businesses in the United Kingdom an average of £2 340 (R32 877) every year.

Alex Smith, director of Volkswagen Commercial Vehicles says: “Running a business isn’t easy, and having the best staff working for you is critical, so training and investing in people will always pay dividends in the future. It’s hard to get decisions right every time, and even successful business owners will have made a mistake at some point in the past. The key thing is to avoid repeating them.”

After interviewing 1 000 small and medium-sized enterprise owners, the study reveals that taking a chance on hiring someone who ultimately wasn’t right for the job ranks as British bosses’ most common business mistake. The second most common error is incorrect pricing.

Not taking advantage of an opportunity is the number three business bungle, followed by offering too much of a discount and hiring a friend.

Sixth place goes to hiring a relative, while firing someone and later realising they shouldn’t have been given the boot is at seven.

Ranking in eighth place is placing trust in the wrong person or business partner. Investing in equipment that didn’t do the job properly and ignoring good advice complete the top ten.

Other common mistakes include allowing a junior to have too much responsibility too soon, acting on bad advice and losing a good member of staff because they were refused a pay raise.

Over a third of business owners admit that they have let their heart rule their heads at some point while running their business, with 61 percent of those saying the decision proved detrimental. More than half of those say they even lost money because of it, while 43 percent say a friendship was ruined, and one in ten admit that their company’s reputation was affected.

The report also shows that three quarters of bosses now feel less optimistic about 2013 than they did at any point in 2012. Nine out of ten (93 percent) say that they don’t expect to achieve their annual financial targets, and a mere 19 percent say that their business is “busy”. Two thirds say that they are reluctant to make long-term investments at this point in time.

Smith adds: “Spending money on short-term fixes, deferring purchases or putting off investments can be a real false economy. When it comes to vehicles, maintenance costs usually increase as they get older, while new models with the latest generation engines can provide large savings in fuel costs over their predecessors.”

He says that looking at the whole life-cost of an investment, rather than just the purchase price, will often save businesses money. 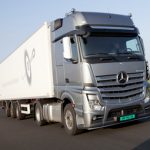 Prev As green as it gets
Next A great year ahead 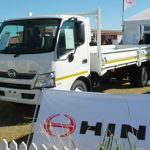