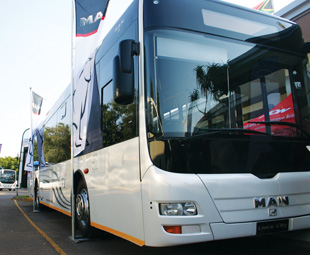 This relationship, going back to the early 1990s, was strengthened even further when MAN bought its bus and coach body manufacturing facility in 1999.

“SABOA is therefore a platform to network with all the major operators and potential customers,” he says. “Especially through SABOA’s technical committee where one can network with the majority of decision makers in the bus operating industry.” Karshagen explains that the technical people look at the specifications, advancements in technology, operating efficiencies and total cost of ownership of products, before making recommendations to their boards on what product and manufacturer to support.

In addition, the SABOA 2013 National Conference and Exhibition, which took place at the CSIR Conference Centre in Pretoria on February 28, offered ample networking opportunities when compared with previous years. “There was a larger operator attendance including many new operators,” Karshagen points out. “So a lot of new introductions took place this year.” He adds: “It’s great that SABOA is attracting new and emerging small bus operators as they are an important element of the future of the industry.”

MAN’s joint CEO states that the Conference’s subjects were very interesting and topical, which contributed to the growth in attendance. “There were discussions on the technical side that were excellent and around Bus Rapid Transit (BRT) systems.” 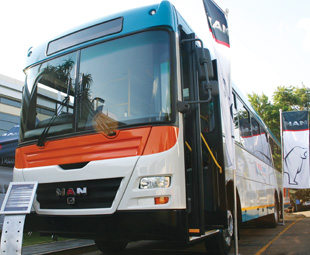 Karshagen thinks that these systems are going to have a positive spinoff into improving public transport. “It’s especially exciting to hear that the greater Gauteng area is talking about incorporating an integrated public transport network from the Vaal Triangle up to Tshwane and from Krugersdorp in the West Rand through to Bronkhorstspruit in the east.”

He points out that this will include all modes of passenger tranposrt – rail, taxis and buses. “The bus system will form the backbone of the BRT system, because it is the most cost effective way to carry passengers, but of course it is going to need infrastructural changes – such as dedicated lanes.”

However, something that won’t need changing is MAN’s buses but, in true MAN fashion, the improvements will come anyway. Karshagen says that although the company didn’t have any new vehicles on display at this year’s SABOA Conference there were some body technology advancements on the products they had. “The stunning new technology is still on the way.” He’s referring to the company’s Euro-5 models.

“And while it isn’t a legal requirement in South Africa, Euro-5 standards are being pushed by the cities through their go-green campaigns.” Karshagen adds that the BRT systems are specifying Euro-4 engines as a minimum, but with the more environmentally friendly, lower-emission Euro-5 buses already a reality, operators and metropolitan authorities are thinking of taking the standards to the next level. “This is good for the bus industry as we can hold an ‘environmentally caring flag’, moving away from the image of the smoky old bangers polluting the air.”

However, there’s more. “We also have a new Euro-5 product that will be launched towards the end of the year, completely MAN built end bodied,” says Karshagen, adding that it’s for a private operator and is the first order for this model outside Germany. “We believe it’s going to be a trendsetter in city commuter transport.” But Karshagen wouldn’t budge on providing more information other than to reveal that it’s built on the company’s new modular chassis range.

These new developments make MAN’s buses perfect for those technical “scouts” from SABOA’s technical committee. This sub-committee, Karshagen explains, serves another important purpose: “It keeps us abreast of pending legislation changes and gives us a platform to lobby for required legislation changes, which can become a product differentiator and give us a unique position in the market.

“I think the more important aspect is that of being proactive when it comes to legislation changes.” He adds that it was through SABOA that certain technologies and specifications were introduced into buses that were ahead of the legal requirements of the time. 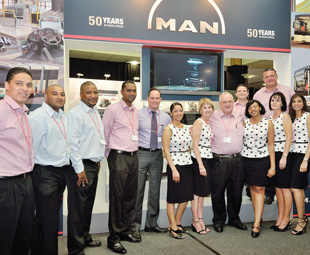 One current example that MAN is supporting – which still hasn’t been finalised – is the emergency-exit legislation for buses. The South African norm has been side push-out rubber glazed windows, however, there are no standards regarding the amount of force that needs to be applied to push these out. This could be problematic for younger passengers, especially when the rubber gets older and builds up memory.

“We introduced emergency exits into our vehicles two years ago, using the same standards as those proposed in the pending legislation,” Karshagen points out. “It always gives a company an edge over its competitors if it is already producing a safer and more reliable product.”

But MAN isn’t only ahead of the times in introducing safety features into its buses, it was also instrumental in hosting the initial SABOA technical weekends.

“MAN, with SABOA, grew the technical weekend into an event that became too big – attended by up to 350 delegates.” The weekend is now attended by an average of 150 delegates and is still, as Karshagen points out, the highlight of the year where operators and the supply industry can meet in a more relaxed atmoshpere.

“The technical committee is one of the more successful sub-committees of SABOA. It is very active in the industry and, along with SABOA, is recognised by the National Department of Transport as being the voice of the bus industry.”

Karshagen adds that SABOA is, therefore, an organisation definitely worth being associated with and that the special relationship between it and MAN is mutually beneficial … and it also benefits the industry as a whole as well. 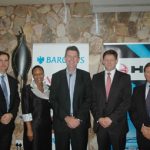 Prev Taking the fuss out of commercial vehicle finance
Next Do accidents just happen? 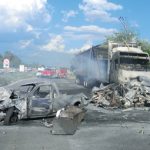