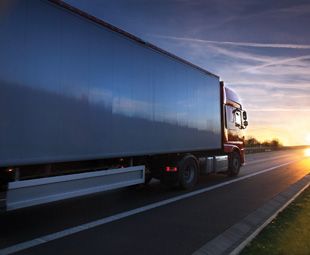 The concept of attaching a hydrogen generator to a vehicle to aid its engine’s combustion efficiency is becoming more prominent. GAVIN MYERS chats to a local company that has developed what it regards to be one of the most efficient systems around

On June 23, FOCUS ran a story in its online newsletter about an Australian device called the Hydroflex – a hydrogen-based, fuel-reduction system said to cut fuel use by ten to 15 percent, while reducing the exhaust emissions of internal combustion engines – that was nearing its commercial launch in that country.

Not long thereafter we were contacted by Tony McManus, MD of New Energy Solutions, who says his company has developed a system that would show the Aussies how it’s really done … Named HydroFuel, New Energy Solutions claims its system reduces fuel consumption by at least 30 percent and virtually eliminates emissions.

“The technology and the concept revolve around a scientific principle. Basically, we’ve built a better mousetrap,” McManus says.

We were intrigued, so McManus visited the FOCUS office to tell us more. Joining him were HydroFuel developer Gareth Guyler and New Energy Solutions dealer Kenny Botha. 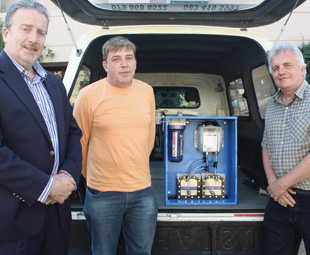 With a background in electrical, electro-mechanical and computer engineering, Guyler began developing the system three years ago while living in Ukraine. Circumstances meant he had to return to South Africa, at which point long-time friend McManus heard about the HydroFuel project and decided to fund its development and manage the business side of the venture.

“We’re defining the standard and would have to submit it as a new standard … There are international standards for the storage of hydrogen, under pressure and in liquid form, but not for hydrogen gas generators,” McManus tells us.

How does it work?

This begs the question: how exactly does a hydrogen gas generator work and what effect does it have on an engine?

Installed in a vehicle, a hydrogen generator pumps huge amounts of hydrogen atoms into the combustion chamber. It does this in accordance with the basic Faraday principle pertaining to electrolysis – applying a positive and negative charge to a cell, which allows it to split the oxygen and hydrogen atoms of purified water.

The hydrogen and oxygen combination is pumped through a filter cell, which cleans the gas before it goes into the air intake after the air filter. The hydrogen augments the fuel hydrocarbon allowing it to burn completely. At the same time, the hydrogen also begins to burn carbon deposits off the pistons and slowly cleans the inside of the engine. There are no permanent modifications made to the engine. 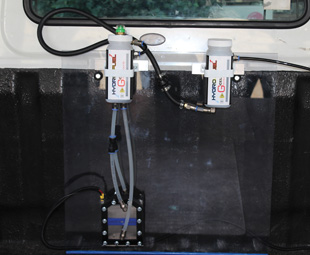 “There’s nothing overly magical about the water, but we need to control the quality and prevent people from using tap water. The hope is that at some point in the future you’ll be able to pull into a petrol station to easily top up your hydrogen generator,” McManus notes.

As there is no hydrogen stored within the system, safety is also increased. “I’m pedantic about the system being safe,” says Guyler. “We’re not cutting corners with the materials and safety features – the system includes a safety valve that protects the cells, and the wiring and fuses are automotive grade and of a high quality.

“The system will only produce hydrogen if the engine is running, so, in the case of an accident, the moment the engine cuts out, it will cut out, too. If the system itself is impacted, the cells will break and the water will run out, the fuse will blow and the system will cut.”

Systems of varying configurations are available for cars of 1,3 to 2,5-litre engine capacity and trucks from 4,0 to 24-litres. In real-world operations, HydroFuel-equipped trucks running inner and inter-city routes have achieved fuel economy of up to 8,4 km/l. Efficiency of up to 29 km/l has been recorded with passenger cars.

Despite the savings on fuel, the system is designed to be as cost-effective as possible. A typical system for an eight-tonne truck weighs just 18 kg and the life of the cell is five to seven years. “The return on investment means the system pays for itself in up to six months, assuming a vehicle runs 10 000 km per month,” adds McManus.

New Energy Solutions is so confident in the system that the company provides some impressive back up.

Of course, as with all similar devices, the system’s impact on a vehicle’s original equipment manufacturer warranty is still a bone of contention. “With the number of vehicles currently running on similar systems, as well as pure hydrogen, in Europe, we are very confident that the mere addition of hydrogen will cause no harm to engines locally,” Botha adds.

Nonetheless, New Energy Solutions is still pushing to define local standards for hydrogen generators and have the system certified and tested – so that its claims can be proved with empirical evidence.

“We need a mindset change. The gorilla in the room is reduced tailpipe emissions and fuel consumption. With this system, both can be achieved with no negative impact to the oil industry, or change in infrastructure,” McManus concludes.

If any readers have had any experience with hydrogen generators, let us know. We’d love to have your feedback and thoughts on the concept. 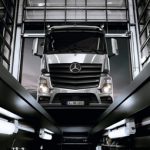 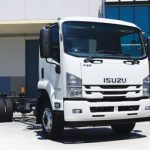