And that’s how the fight started … 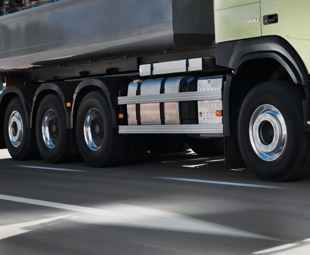 Perhaps no other object has been the cause of such advancement, achievement, devastation and tragedy all at once as the humble wheel.

A particularly rough start to September with crashes involving trucks making headlines – again – made me think about where this all started.

Some fool had too much time on his hands and went and invented the wheel. And look what he achieved by popularising the damn thing.

Back in the day of dragging things behind you the greatest risk was dying of a heart attack. Domesticated beasts allowed for the moving of freight on larger sleds and on a slightly larger scale. The personal injury risk was slightly higher. One could get kicked, bitten or gored – mostly survivable injuries.

Brake failure as a cause of downhill runaways started before diesel was even considered as a fuel source. It was at this point that the fight started. Of course the horsepower or torque debate originated right here too. The size of the horse makes no difference apparently – they spook just as easily.

It did take a while before some other fella, who had a lot of time on his hands, decided to combine the internal combustion engine with a set of wheels. This singular action had the unintended consequence equal to, if not greater than, all the weapons of mass destruction ever invented and put to use against mankind.

The wheel in tandem with an engine has killed more people (and will continue to do so) than war, famine or disease – despite our best efforts to stop the genocide worldwide.

As I said, the size of the horse doesn’t really matter. With little horses you simply add a turbo and off you bolt with fewer emissions, so they say. Trucks still need bigger horses though.

One would have thought that the invention of gunpowder would have had more extreme results on a global scale as far as injury is concerned. Apparently folks are just a little more cautious when around the stuff – which makes sense.

But wheels? How dangerous can they possibly be? Very. Ask anyone and they will confirm the loss of someone close to them.

Unintended consequences and too much time on your hands almost always starts a fight.

SKID MARKS is a regular column in which Gary Ronald presents his personal and sometimes jaundiced view on transport, safety and mobility. Ronald has a wealth of experience in these fields and has presented numerous papers both locally and internationally. FOCUS appreciates his witty, topical and sometimes irreverent stance on the industry. If you’d like to respond to whatever punches he throws, visit www.focusontransport.co.za 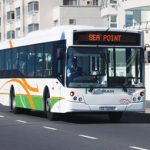