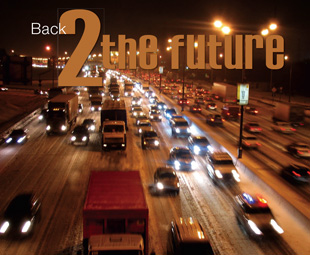 Local government’s complete lack of regulation regarding climate change and emission standards is about to change. Come 1 January 2010, the production of all new vehicles must meet Euro 2 compliance standards. FOCUS attended Nissan Diesel’s launch of its new Euro 2 range.

Hosted at Forum Homini in the Cradle of Humankind, Nissan Diesel’s Euro 2 launch deliberately aligned itself with the historical and cultural significance represented by the area.

“Today we are parasites, and without turning our attention to natural law, protecting our resources and sustainable development, our time on this planet will be cut short.”

Christie highlighted the significant impact of transport on the environment as one of the key reasons why emission standards are not only important, but need to be legislated.

Up until this point, and despite the fact that South Africa is a signatory of the Kyoto Protocol, emission standards in South Africa have not been legislated or regulated. With new laws coming into effect in 2010 this is all about to change, although the onus still remains on manufacturers to comply, rather than consumers and operators.

“Two of the key challenges facing our era are climate change and the depletion of global oil reserves,” continued Christie. “Transport is important to both of these. In terms of the environment, 13% of global emissions (or greenhouse gases) are the result of transport. Transport also consumes 20% of global energy reserves, and 90% of global oil reserves. It’s an industry that has a huge impact on our natural environment, both in terms of what it takes and what it puts back into our atmosphere.”

According to Christie, transport emissions will have doubled by 2050 unless transport becomes more efficient. “The main emissions affecting our atmosphere are CO2 emissions, which are a by-product of burning fuel, and directly proportional to the amount of fuel consumed,” he explained. “So, the less fuel burnt, the less CO2 entering the atmosphere.”

Which is why fuel-efficient engines and public transport solutions that get cars off the road are so important. But there are also other solutions. “All new cars in South Africa are already Euro 2 compliant, if not even higher,” continued Christie. “Trucks, on the other hand, are a different story. While some manufacturers are already producing Euro 2- and 3-compliant trucks, there is also a significant parc of old, inefficient trucks on South African roads polluting our environment. However, we need to start somewhere, and this legislation is it.

“South Africa has a moral responsibility to both the world and itself to start addressing climate change. We are a big contributor to global emissions and the biggest contributor in Africa, and we are also very vulnerable to climate change ourselves.”

The influences of greenhouse gases on the environment are, of course, multiple. According to Christie’s research, it is predicted that climate change will affect agricultural production, biodiversity, water resources and urban air quality due to changes in temperature and rainfall patterns.

Air pollution also has other effects on the environment, forests, lakes, crops, wildlife and buildings due to high levels of airborne pollutants.

“The impact of these scenarios is far reaching as well,” added Christie. “The economy, food security, retail industry, tourism, waste management and human health will all be affected.

“In fact, at the climate change summit held earlier this year, it was our minister of environmental affairs and tourism, Marthinus van Schalkwyk, who insisted that we could not allow ourselves to dither at the point when action and implementation are most critical.”

However, as Christie previously highlighted, transport is the fastest-growing source of greenhouse gases, and thus an important sector to curb in terms of emissions. 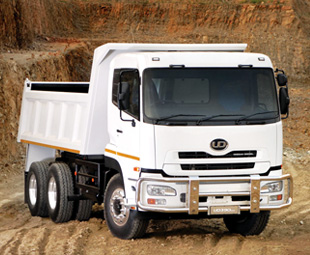 “Most transport mitigation systems are long term, and the introduction of Euro 2 legislation is no different,” he said. “Replacing the local commercial vehicle parc will be a slow process, but it must begin somewhere.”

In line with all new trucks being Euro 2 compliant, there are a number of other factors that can influence emission standards. Increased energy efficiency through technological and fuel changes is of paramount importance. Equally important are modal shifts, particularly a shift from private to public transport. And then there are a number of systems that operators themselves can implement to lower fuel consumption and, consequently, emissions.

“Our government has realised it’s time to intervene, both from a global and local perspective,” said Christie. “But it is going to take an effort from all the stakeholders in the commercial transport industry to really make a difference.”

LOCAL CONDITIONS
Unfortunately, it’s not as simple as merely legislating improved technology to solve the problem of emissions, particularly when South Africa’s fuel standards and infrastructure are not in line with those in Europe.

While Europe might be at Euro 4 and 5 standards already, South Africa is in no way equipped for that level of technology.

“The transport sector has been identified by the South African government as playing a crucial role in meeting local emission reductions,” explained Christie. “But commercial vehicle manufacturers cannot carry this responsibility alone.

“Vehicle specifications can only do so much. Fuel specifications must be adjusted too, with oil refineries playing their role. Fuel and vehicle technology are two components of what must be an integrated strategy.”

Fuel standards have moved forward over the past few years. The elimination of lead from petrol and the reduction of sulphur in diesel, both globally and locally, enabled the introduction of vehicle technology that reduces harmful vehicle emissions. This allowed Euro 2-type vehicle emission standards to be achieved. However, local fuel is not yet able to sustain higher Euro standards.

Interestingly, the local vehicle parc is not really geared to run cleaner fuels, though.

At this point, 95% of South Africa’s current vehicle parc is pre-Euro 1, which means that 95% of vehicle users and operators will not benefit from an improved fuel.

However, the 5% that already could benefit is always growing. The important thing – and the trick where cleaner fuels are concerned – is picking the right time to implement a cleaner fuels programme. The introduction of Euro 2 at this stage has been in line with current fuel standards. Before South Africa can switch to Euro 4, however, fuels will need to have become significantly cleaner.

The crux of the debate is that for cleaner fuels to become a reality, the oil industry will need to make a massive investment into both infrastructural and scientific development, which could amount to between R20- and R40-billion, at a cost to the oil industry with no real return on investment. It would amount to foregoing profits for a decade, which could be devastating to the industry. Without legislation, this change will not spontaneously occur, driven by industry itself.

“In choosing to meet Euro 2 legislation with our new range, but go no further in terms of Euro technology and standards, we are very deliberately catering to what the local market needs and can handle,” explained Rory Schulz, general manager: corporate planning and marketing, Nissan Diesel SA.

“We’ve needed to take legislation into account, obviously, and at Nissan Diesel we are known for our dedication to the environment, but we are also dedicated to meeting the requirements of our customers,” he continued.

“We have Euro 4 and 5 products available, but they are completely unsuited to our local conditions. We have a responsibility to our customers to provide trucks that will operate well and efficiently within our specific parameters.

“There is no point in selling a truck that cannot operate effectively (or even at all) on the fuel we have available, and it would be irresponsible to pass this burden to the consumer for the sake of looking more environmentally conscientious.”

Schulz also insisted on Nissan Diesel’s responsibility to supply affordable transport solutions. “We are a developing country,” he said. “We need to continue this development for the good of our nation and communities, and it needs to be affordable to do so. Basically, we need to find the fine line between environmental responsibility, and social and economic responsibility.”

According to the manufacturer, the introduction of Euro 2 vehicles meets these criteria. “The vehicle technology is better, and fuel efficiency is most certainly improved upon, but the range is still affordable to buy and run, which is of paramount importance. We have found a way to meet legislation and improve our product range and service offering to our clients at the same time,” Schulz concluded.

The legislation of Euro 2 compliance is a small step, but it is a step in the right direction. At this point the onus for change is more on vehicle manufacturers than fuel manufacturers and operators, but the wheels of change have nonetheless been set in motion. Some regulation is better than no regulation. It now remains to be seen if older vehicles can systematically be removed from our roads. 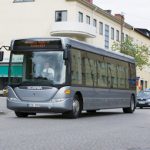 Prev A greener solution
Next Optare seizes the initiative 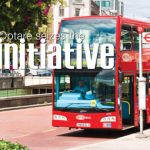