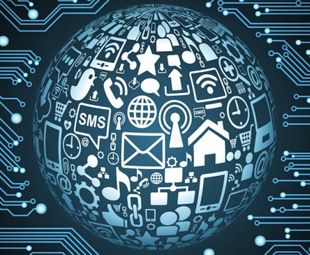 The challenges include: the legacies of historical urban planning programmes; complex inter-relationships of formal and informal travel systems; fragmented and disconnected bus, train and taxi networks; and a section of the population stubbornly insistent on using private cars.

“Big data, in particular, has the potential to ease the transit flows for millions of daily commuters, and unlock huge economic value,” Van Huyssteen asserts, adding that there are four key areas in which big data can be applied to public transport in South Africa.

Planning urban commuter networks – geolocation technology can reveal essential information on where people are, where they’re going, how long it is taking them, and so on.

With this information it’s possible to plan public transit systems to match customer needs. Detailed information provides insights – like the number of train carriages required at certain times of the day – to ensure the optimal allocation of resources.

Predictive analytics/maintenance – sensors embedded in physical equipment stream data back to a central hub, giving authorities insights into key metrics, such as commuter volumes at certain times of the day, or average waiting times.

On physical equipment, maintenance-oriented sensors give us an early warning of when components are likely to malfunction – improving uptime and reducing the chances of commuters being left stranded.

Responding to events – data-gathering becomes very useful when responding to accidents or incidents. Alerts can be automatically dispatched to police and emergency services, which can speed up the process of clearing the incident and get traffic moving again. Alternative routes can also be suggested to travellers via mobile alerts, or digital signage, for instance.

Personalised service – although public transport has traditionally been a not-for-profit service rather than a revenue-generating endeavour, tailored digital marketing is an opportunity for operators to grow new revenue streams.

As big data enables a sharper understanding of one’s customers, information alerts can be targeted at only those who would need to know about a specific issue (rather than sending bulk SMSes to a broad database of commuters).

“The opportunities we find in each of these four areas may not exactly follow the case studies and examples from other parts of the world, but there are certainly some ‘quick wins’ that could be achieved in South Africa.

“For the time being, we need to get to this ‘first level’ of big data maturity: simply by surfacing information and presenting it to those who need to know … the components that fail most often, or those that take the longest to fix and therefore cause the most disruption to customers,” explains Van Huyssteen.

“With some of these basics in play, we could then turn our attention to solving the higher-level issues using big data, such as pulling together schedules and real-time data from various public transport operators – buses, taxis, trains, ride sharing, car-pooling, and more – to present commuters with an integrated view of transit networks.

“With the movement of people from rural to urban centres continuing, and congestion levels in major metros reaching epic proportions, the reality is that we have to start finding solutions swiftly and decisively,” he concludes. 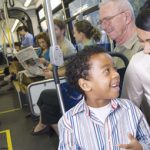