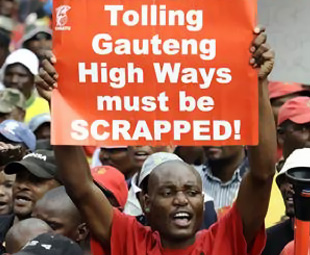 Gauteng motorists have been living in fear and terror! No, not because of hijackers or anything along those lines. Social networks have been abuzz with nightmare stories of South African National Roads Agency Limited (Sanral) roadblocks, established to force motorists to register for e-tags. But a FOCUS investigation has revealed that this is all a hoax.

A Sanral spokesman reveals that the organisation heard about the hoax and commissioned auditing firm, Deloitte, to undertake an independent investigation into these roadblocks and the social media hype surrounding them. The auditors found no evidence that any of these roadblocks had been set up, concluding that neither employees of Sanral nor its suppliers had conducted roadblocks or threatened motorists on highways in Johannesburg and Pretoria at any point.

Sanral advises that, if anyone is stopped and forced to register for e-tolls for any reason that is e-toll related, such action would be considered illegal and should be reported to the authorities because the company is not carrying out any such enforcement actions.

In related developments, Howard Dembovsky, national chairman of the Justice Project South Africa (JPSA), says that Sanral needs to get its facts straight. “In public meetings held by Sanral last week, the organisation stated in its presentation that the closing date for submissions of comments on the latest government gazettes dealing with e-toll tariffs and exemptions is November 26. This is simply not true,” he says. “The public actually only has up to November 23.”

The judicial review of e-tolls, instituted by the Opposition to Urban Tolling Alliance, will be heard in the North Gauteng High Court on November 26. “Perhaps it’s this that got Sanral confused with the closing date for submissions,” suggests Dembovsky.

He adds that it’s unknown to him as to why the organisation would mislead people in a public forum.

Dembovsky says that last week’s so-called “public consultations” clearly demonstrated that the public who attended don’t support e-tolls. “These meetings turned into verbal protests against the e-tolling system. It was not a discussion of the published gazettes, which was the intention of the meetings.”

Interestingly, none of the public sessions were held in townships. “They were held only in upmarket suburbs where it was unlikely that people who are less financially privileged would attend. The meetings were probably held in these areas to avoid those who may have been tempted to hurl rocks and petrol bombs instead of sticking to words alone,” says Dembovsky.

Moving forward, Dembovsky reveals that the Congress of South African Trade Unions has announced that, on Friday November 30, the e-toll roads will be brought to a standstill by public mass action demonstrating against implementation of the tolls. In addition, the Democratic Alliance has vowed to make the so-called alternative routes impassable on that day.

Clearly, it will not be a good day to hit the highways … 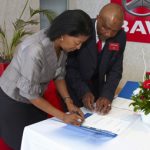 Prev Gauteng gets a taxi factory
Next Waste not want not 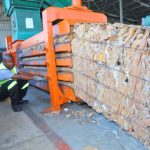