Can India keep up? 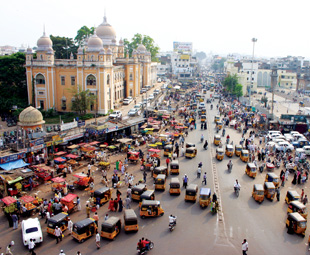 India’s transport sector is large and diverse, but it has not been able to keep up with increasing demand, and is proving to be a drag on the economy. Major improvements are required to support the country’s continued economic growth and to reduce poverty. CLAIRE RENCKEN reports.

With India’s gross domestic product (GDP) growing at over seven percent per year (now estimated at US$ 1,22 trillion or R13,54 trillion) and the manufacturing sector enjoying double-digit growth rates, the Indian freight industry is expected to grow at a rate of ten percent per year. India spends 15 to 20 percent of its GDP on transport and logistics, compared to an average eight to ten percent in other developing countries.

According to research done by The World Bank, a major investor in the transport sector in India, transport caters to the needs of about 1,1 billion people. In 2007, the sector contributed about 5,5 percent to the nation’s GDP, with road transportation contributing the lion’s share.

The roads in India carry almost 90 percent of the country’s passenger traffic and 65 percent of its freight. The density of India’s highway network – at 0,66 km of highway per square kilometre of land – is similar to that of the United States, and much greater than that of China or Brazil. However, most highways in India are narrow and congested, with poor surface quality, and 40 percent of India’s villages do not have access to all-weather roads.

Looking at the rail sector, Indian Railways is one of the largest under single management. It carries roughly 17 million passengers and about two million tonnes of freight per day, and is one of the world’s largest employers.

Indian Railways plays a leading role in carrying passengers and cargo across the country’s vast territory. However, most of its major corridors have capacity constraints and require enhancement plans.

As for ports, India has 12 major and 187 minor and intermediate ports along its more than 7 500 km-long coastline. These ports serve the country’s growing foreign trade in petroleum products, iron ore and coal, as well as the increasing movement of containers. Inland water transportation remains largely undeveloped, despite India’s 14 000 km of navigable rivers and canals.

In terms of aviation, India has 125 airports, including 11 international airports. Indian airports handled 96 million passengers and 1,5 million tonnes of cargo in 2006/07; an increase of 31,4 percent for passenger and 10,6 percent for cargo traffic over the previous year. The dramatic increase in air traffic in recent years has placed a heavy strain on the country’s major airports.

The major challenges facing the sector are:

• India’s roads are congested and of poor quality. Lane capacity is low – most national highways have two lanes or less. A quarter of all India’s highways are congested. Many roads are of poor quality and road maintenance remains under-funded – only around one-third of maintenance needs are met. This leads to the deterioration of roads and high transport costs for users.

• Rural areas have poor access. Roads are significant for the development of the rural areas, which are home to almost 70 percent of India’s population. Although the rural road network is extensive, some 33 percent of India’s villages do not have access to all-weather roads and remain cut off during the monsoon season. The problem is more acute in India’s northern and north-eastern states, which are poorly linked to the country’s major economic centres.

• All the country’s high-density rail corridors face severe capacity constraints. Also, freight transportation costs by rail are much higher than in most countries, as freight tariffs in India have been kept high to subsidise passenger traffic.

• Ports are congested and inefficient. Port traffic has more than doubled during the 1990s, touching 650 million tonnes in 2006/07. India’s ports need to significantly ramp up their capacity and efficiency to meet this surging demand.

• Airport infrastructure is strained. Air traffic has been growing rapidly, leading to severe strain on infrastructure at major airports, especially those in Delhi and Mumbai, which account for more than 40 percent of the nation’s air traffic.

The good news is that the Indian government has recognised the various deficits in the transport sector and is striving to modernise, expand and integrate the country’s transport services.

It is also seeking to mobilise resources for this purpose and to gradually shift the role of government from that of a producer to an enabler. In recent years, the government has made substantial efforts to tackle the sector’s shortcomings and to reform its transport institutions. 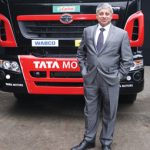 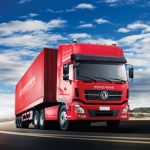