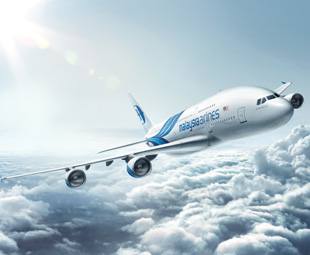 The air transport industry certainly had some highs and devastating lows during 2014 … What does 2015 have in store for this sector? JACO DE KLERK investigates.

Last year delivered a major milestone in the air transport industry as Tony Tyler, director general and CEO of the International Air Transport Association (IATA), explains: “The year 2014 marks the centennial of the birth of commercial flight.” *

Heartbreakingly, 2014 saw some major sorrow as well … On March 8, Malaysia Airlines Flight 370 (MH370) mysteriously disappeared en route to Beijing (China) from Kuala Lumpur. This led to the largest and most expensive search in aviation history. However, no debris of any kind has been found from the flight.

July 17 brought more sadness when flight MH17 was shot down while flying across an area of conflict near the Ukraine-Russia border. “Last year was marred by the two terrible tragedies of MH370 and MH17,” Tyler reiterates. “Our thoughts and prayers go out to all those involved. And, as with any accident, we will learn lessons from each one in order to make the industry safer.”

Despite these and other heartbreaking headlines, air transport remains a driver for the global economy. “Without aviation our world would be very different – less connected and much less prosperous,” says Tyler.

Preliminary figures for scheduled services, released by the International Civil Aviation Organisation (ICAO), reveal that 3,2 billion passengers used air transport for their business and tourism needs last year. “The annual total of passengers was up approximately five percent compared to 2013 and is expected to reach over 6,4 billion by 2030, based on current projections,” the organisation points out. “Aircraft departures reached 33 million, globally, during 2014, establishing a new record and surpassing the 2013 figure by roughly one million flights.”

The ICAO adds that solid global economic growth and improving world trade helped world-scheduled passenger traffic grow at a rate of 5,9 percent in 2014 (expressed in terms of revenue passenger-kilometres or RPKs), compared to 5,5 percent in 2013.

The Middle East region (accounting for nine percent of world RPKs) recorded the fastest growth rate at 12,8 percent. “The region comprising Latin America and the Caribbean increased by a solid 5,9 percent, while African growth registered in at
1,5 percent,” notes the ICAO report.

World scheduled freight traffic, measured in freight tonne-kilometres (FTKs), grew strongly by 4,6 percent in 2014, a rebound from the 0,4-percent growth rate registered in 2013. The ICAO report states that this is a reflection of improvement in world trade.

The report shows that the Asia-Pacific region was the largest air freight market in 2014 with a 40-percent share in terms of world FTKs. Europe and North America came in at 22 percent and 21 percent, respectively, while Middle Eastern airlines recorded the fastest growth in freight traffic in 2014 with a growth of 11,3 percent.

It’s no wonder that the IATA announced an outlook for improved industry profitability in its Economic Performance of the Air Transport Industry report. It notes that airlines reached a collective, global net profit of around US$ 19,9 billion (more than R230 billion), up from the US$ 18 billion (around R210 billion) projected in June. “For 2015 we see airlines making a collective US$ 25 billion (around R290 billion), net profit, says Tyler.

“Stronger industry performance is good news for all. It’s a highly competitive industry and consumers – travellers as well as shippers – will see lower costs in 2015 as the impact of lower oil prices kicks in,” he points out. The report notes that, after adjusting for inflation, average return airfares (excluding taxes and surcharges) are expected to fall by some 5,1 percent on 2014 levels, and cargo rates are expected to fall by a slightly higher 5,8 percent.

Tyler continues: “Airline investors will see return on invested capital move closer to the weighted average cost of capital. And a healthy air transport sector will help governments in their overall objective to stimulate the economic growth needed to put the impact of the global financial crisis behind them at last.”

Operators shouldn’t keep their heads in the clouds, however, as the expected US$ 25 billion (R290 billion) net, post-tax profit represents a 3,2 percent margin. Tyler explains: “At the global level we must recognise that a US$ 25 billion
(R290 billion) profit on revenues of US$ 783 billion, (more than R 9,1 trillion), amounts to a net profit margin of just 3,2 percent. That’s just a little better than the 3,1 percent margin generated in 2010. On a per passenger basis, airlines will make about US$ 7,08 billion (R82,3 billion).”

He puts this into context: “By comparison, Starbucks can charge about US$7 (R80) for a coffee in Switzerland. Let’s assume that the average global margin of 14 percent applies. If that is the case, Starbucks will retain as much from selling seven cups of coffee as an airline will make selling an average ticket.”

Tyler continues: “The industry story is largely positive, but there are a number of risks in today’s global environment – among them political unrest, conflicts and some weak regional economies. And there is not much of a buffer to absorb a significant change for the worse in the operating environment.”

He remains positive, however: “It is an exciting prospect to think that in the next 20 years more than twice as many passengers as today will have the chance to fly. Air connectivity on this scale will help transform economic opportunities for millions of people.”

Tyler concludes: “The first century of air travel has seen about 65 billion passengers take to the sky. The next 65 billion will fly in just the next 20 years.”

* It all began with a 23-minute flight, in the United States, across Tampa Bay, Florida, on January 1, 1914, thanks to three visionaries: Percival Fansler, an entrepreneur who saw commercial opportunity in the technology of flight; Thomas Benoist, who built the aircraft; and Tony Jannus, who safely piloted the plane to its destination.

“They could see the value in transporting people quickly over geographic obstacles,” Tyler points out. “But, more importantly, there was a fourth man, Abram Pheil, who understood the value well enough to purchase the first air ticket at an auction.” 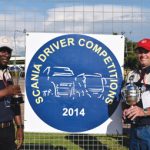 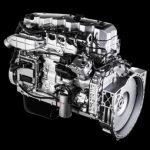