CNH Industrial – the emergence of a global giant 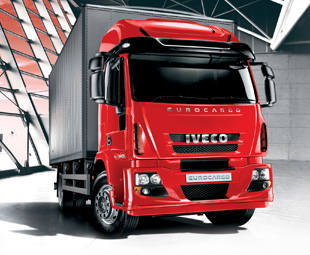 In his monthly review of global news for local truckers, FRANK BEETON digs out the background to the formation of CNH Industrial, takes a look at the latest Fuso Canter specification at Euro-6 level, and reports on the initial announcement of Eicher’s new Pro series products, which are set for distribution far beyond their Indian home market.

In September 2010, Global Focus reported on an upcoming restructuring within the Fiat family wherein, in essence, Fiat Group Automobiles – comprising Fiat (which by inference includes Chrysler), Alfa-Romeo, Lancia and Abarth – would join Ferrari, Maserati, Magnetti Marelli, Teksid, and Comau in an entity called Fiat SpA, while Iveco, Case New Holland (CNH) and the industrial and marine business of Fiat Power Train Technologies would be grouped together into Fiat Industrial SpA.

The stated logic behind the intended reorganisation was that the economic cycles, profit margins and capital requirements of the truck-related businesses had proved to be quite different from the light vehicle operations. However, despite the constituent companies of the intended “industrial” grouping all being squarely in the Fiat circle of influence, the placement of all these non-passenger vehicle related activities under one roof proved to be a lengthy process.

Consequently, it was only on September 30, 2013, that the establishment of CNH Industrial, the new holding company for the Fiat Group’s capital goods manufacturing interests, was finally announced.

CNH Industrial has emerged as a substantial organisation encompassing 12 brands, 64 manufacturing plants, 49 research and development centres, more than 68 000 employees and some 6 000 dealers – spread across 190 countries.

It is also the home of FPT Powertrain Technologies, which supplies engines and powertrain components for automotive, industrial and marine applications to client entities both inside and outside the Fiat universe.

In the Fiat context, this separation of the passenger car and industrial elements of its empire makes additional sense in that the complex process by which the Italian manufacturer took total ownership of Chrysler could be firmly contained within the Fiat SpA light vehicle grouping.

On January 1, it was announced that Fiat and the United Automobile Workers’ retiree health care trust (VEBA), which had owned 41,5 percent of Chrysler’s shareholding since its 2009 emergence from Chapter 11 bankruptcy protection, had come to an agreement whereby the Italian company would acquire the remaining VEBA-owned shares for $US 4,35 billion (R48 billion). Once this deal has been closed, Fiat can merge fully with Chrysler and proceed with its vision to create an integrated global enterprise. 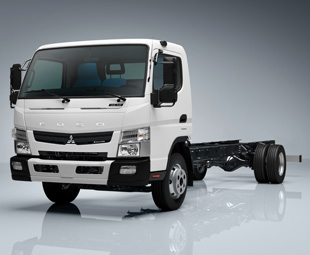 The CNH Industrial grouping already has a substantial presence in North America, through its Case-IH, Case Construction and New Holland branded operations, so a question arises about possible future expansion of the Group’s activities on that continent facilitated by the Fiat/Chrysler integration.

This has been made more significant by recent moves into the commercial vehicle arena by Fiat’s North American interests through Chrysler’s Ram brand. These include the recent launch of the Fiat Ducato integral panel van with Ram ProMaster badging, and the subsequent announcement that the lighter Fiat Doblo van will be following suit as the Ram ProMaster City.

There is a clear opportunity for Ram Commercial to move further upmarket with the introduction of CNH’s Iveco or Astra products, although the North American obsession with “conventional” or bonneted cabs will need to be taken into consideration.

It was reported earlier that the Iveco Daily van had been considered by Ram Commercial as an alternative to the Ducato, but the latter model, with suitably revised styling and technical specification, was the winner of that particular battle. It is possible that the Ducato’s front-wheel-drive configuration was the clincher, in that it provides a counter-argument to Mercedes-Benz’ rear-drive Sprinter, which has recently gained popularity in North America.

It does, however, confirm that Iveco’s products are under consideration for that market, and it should be remembered that the bonneted PowerStar extra-heavy truck-tractor, developed specially for Australia, may have some appeal to American operators.

If there is one vehicle that can claim to have “invented” the important medium commercial vehicle (MCV) category in the South African truck market, it is the Mitsubishi Canter. Prior to this model’s local arrival in 1980, the five- to 7,5-tonne gross vehicle mass (GVM) market segment (that was in use at that time) was occupied by scaled down derivatives of heavier Leyland, Ford and Bedford truck ranges. They ran mostly with four-cylinder engines and smaller diameter wheel/tyre combinations, but were otherwise very similar to the models to be found in the segments above.

Until then, most Japanese “light trucks”, typified by the Toyota Dyna, Nissan Caball and Isuzu TL ranges, were being reported in the light commercial vehicle (LCV) category – below five tonnes GVM, with typical payloads of around two to two-and-a-half tonnes.

However, with the arrival of the Canter with a GVM rating of five-and-a-half tonnes, many operators saw the value in a “light truck” with a three-tonne payload. Because Japanese bakkies had an established track record of being able to do good work, in spite of having smaller engines and physical dimensions than their direct competitors, Canter sales took off.

Canter’s early success led to a rapid migration into the heavier GVM category by the other Japanese brands, and the trend was further consolidated by the arrival of Toyota’s four-tonne Dyna in 1983. By 1988 the segment had grown sufficiently to warrant its own unique “MCV” categorisation by the National Automobile Association of South Africa (Naamsa), and in 1996, its lower boundary was reset at 3 500 kg GVM.

Finally, in 2004, the upper GVM parameter was raised to 8 500 kg, to define the segment as it exists today. Throughout this period, Canter has retained a strong presence in this segment, despite several changes in the representation of the Mitsubishi brand in South Africa. 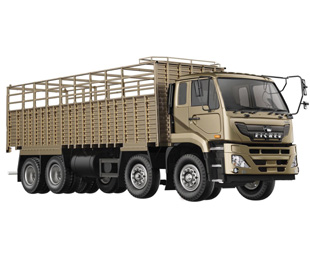 This included a period during which its products carried Ford badges. It now has a Fuso nameplate and resides solidly under the umbrella of Mercedes-Benz South Africa, following the acquisition of a 43 percent shareholding in Mitsubishi Fuso Truck & Bus, by the then DaimlerChrysler AG in 2003. The successor company, Daimler AG, subsequently increased its Fuso shareholding to nearly 90 percent and, now, the Japanese manufacturer is a fully integrated member of the global Daimler Trucks operation.

Visitors drawn onto the Mercedes-Benz truck display at last year’s Johannesburg International Motor Show (JIMS), by that spectacular green Unimog concept, would also have found a very interesting new Canter manifestation positioned on the stand. Global Focus has already devoted considerable attention to this eighth generation Canter, since its initial overseas launch late in 2010, not least of all because the model has been confirmed as the best-selling global product for Daimler Trucks, and the considerable interest that has been generated by the Eco Hybrid variant.

The driveline of the latest generation “standard” Canter consists of a three-litre Fuso 4P10 diesel engine with engine brake, driving through a Duonic dual-clutch automated transmission. The manufacturer claims that this M038S6 six-speed gearbox is the first commercial vehicle application of a dual-clutch transmission, that is capable of operation in both manual and fully-automatic modes. It has a park facility, non-wearing wet clutches and a low-speed, creep/hill-hold function.

The presence of this new Canter at JIMS suggests that it is destined for the local market, although final specification details have not yet been published. It has, however, been noted from recent overseas reports that the latest Euro-6-compliant version, designated 9C15/9C18, is rated at a GVM of 8,55 tonnes, up from the Euro-5 model’s limit of 7,5 tonnes.

The three-litre engine in Euro-6 guise is rated at 110 kW (150 hp) or 129 kW
(175 hp). Other features for the European model include 50 kW engine brake, electronic stability programme, ABS and electronic brake proportioning. Canters for the European market are built at Tramagal, in Portugal.

The Volvo Group has been engaged in numerous new product launches since September 2012, when the parent company’s spectacular FH series flagship made its bow. This was followed by Volvo’s new FM, FMX, FE and FL ranges in Europe, its new VM truck and B270F bus models in South America, detailed revisions to the Volvo and Mack North American line-up (including the addition of a new Volvo VNX heavy hauler) and a completely new European truck family from Renault Trucks.

At the time of writing, the Volvo/Dongfeng JV is still taking shape. On December 2, 2013, it was announced that VECV (the Indian joint venture between the Volvo Group and Eicher Motors) had unveiled a new product range called the Eicher Pro series for sale in India, Sri Lanka, South-East Asia, and Africa.

By way of background, the company that was to become the Eicher Group was founded in India during 1948 to import and service agricultural tractors. It entered the truck business in 1982 in a collaborative venture with Mitsubishi Motors of Japan, which ran until 2009. The agricultural machinery business was sold off in 2005, although the company still retains its interests in motorcycle manufacturer Enfield India. For the record, Eicher Trucks enjoyed a brief presence in South Africa, first as part of the now defunct AMC brand, and subsequently under its own name during 2002.

The VE Commercial Vehicles truck-building partnership with Volvo was established in 2008. Two years later it was announced that $US60 million
(R662,4 million ) was being invested in the VECV plant at Pithampur to build the Volvo Group’s “new global medium-duty engine”, which would add a further 85 000 engines to the 40 000 units already being manufactured annually in its facility.

The newly announced Pro series consists of eleven new truck and bus models, covering the GVM spectrum from five to 49 tonnes. It includes units powered by Volvo Group engines with outputs of up to 210 kW (280 hp), to be sourced from the abovementioned engine plant at Pithampur.

Production is scheduled to commence in 2014 at Eicher’s industrial facilities, which have been upgraded with new assembly lines, with facilities for axle and transmission assembly, end-of-line testing and cab production, as well as a new paint shop, parts warehouse and the aforementioned engine plant.

We have also noted the use of adapted previous-generation UD Condor cab sheet metal, with suitably revised frontal appearance and Pegasus badging, on some mid-upper range models. A substantially facelifted Mitsubishi Canter-derived cab has been retained on the entry-level Pro 1000 range, which is reportedly reserved for the Indian domestic market.

Design and development of this new range has taken more than five years and has been accompanied by 7,7 million kilometres of testing. Product features include fuel coaching using a dash-mounted visual indicator, cruise control, tilt and telescopic steering and a height adjustable driver’s seat. Options include GPS navigation, air-conditioning, a sound system and telematics.

The launch publicity promises a very strong push to gain Indian domestic market share from industry leaders Tata and Ashok Leyland. There is also much emphasis on the Eicher brand’s future role as an integral part of the Volvo Group’s strategy to expand in Asia and other emerging markets. There has recently been increasing evidence of product and component exchanges between constituent members of the worldwide Volvo family. The final rolling out of the Group’s global strategy to more fully include its Chinese affiliate is awaited with much interest. 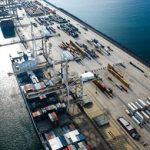 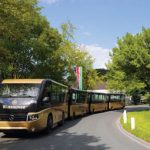