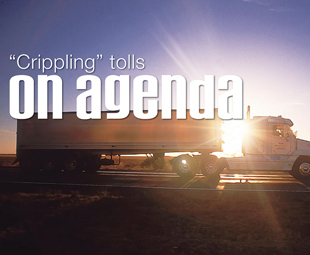 The potentially crippling toll fees mooted by the South African National Road Agency Ltd (SANRAL) will be high on the agenda at this year’s Road Freight Association (RFA) Convention.

If implemented, the toll fees proposed by SANRAL will place enormous pressure on the trucking industry, its customers, consumers and the national economy. A fee of 50c per km is set to be charged on all passenger vehicles, while a staggering R3.50 per km will be levied on goods vehicles.

“The toll fees proposed by SANRAL are equivalent to doubling the fuel price”, says Gavin Kelly, RFA’s technical and operations manager. “Ultimately it is consumers that will bear the brunt, as road transport operators will have no choice but to pass the increased costs on to them. This will place even more pressure on the inflation rate and already struggling consumers. Remember – at least 85% of all goods are transported by road.”

According to preliminary research conducted by the RFA, road freight transporters’ operating costs could increase by as much as 9% as a result of the proposed new toll fees. Although SANRAL has proposed discounts of up to 25% for truckers, the RFA believes that this will probably be negated by the hidden costs that operators will inevitably need to incur to manage the system by adjusting existing administration processes. At least a portion of these costs are likely to be passed onto customers and, in turn, consumers.

“This could lead to already-struggling small enterprises going out of business,” continues Kelly. “Once again, it will be the small and micro-sized trucking companies that will be most severely affected. The largest increase in real transport costs will occur in the smaller category of vehicles: those used in express parcel and other door-to-door deliveries, short-haul deliveries and supplying smaller retailers. The increases in toll fees for these vehicles will range from between 4% to 9% and will definitely jeopardise their operations. Many could go out of business simply because of being unable to pass on the increases to customers unwilling to absorb them.”

Over 40 new toll gates are planned across Gauteng’s 185 km of freeways, with the first phase due for implementation in April 2011 and the complete system expected to be in place by 2013. Additional toll gates are expected to be installed on roads in other provinces over the next decade. On average, toll gates will be located at 10 km intervals along planned toll roads. “We are already contributing towards road maintenance by way of the fuel levy, licence fees and income tax,” continues Kelly. “Where does this money go? It is definitely not used to the benefit of the road users from whom it is collected. Government continues to target motorists and truckers as an easy source of revenue for its road infrastructure development plans.”

The proposed toll fees will be one of the issues that will be debated at the RFA Convention, which takes place from 22 to 24 August at the Wild Coast Sun. Nazir Alli, chief executive: SANRAL, will tackle the issue in his presentation entitled, “Toll Roads – What does the Future Hold for Truckers?” 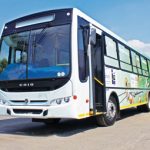 Prev A bus for all occasions
Next To toll or not to toll?