Last month, I sounded a warning that we were facing a skills crisis. A similar fear has now been expressed in the United Kingdom. Let’s hope that we heed these warnings – before the crisis brings our industry to its knees. Commercial vehicle sales may still be down, but it’s time to stop complaining and think about the future. As I mentioned last month, we should focus on skills.

Do you think the industry has bigger fish to fry? Well, then hear this. Over in the United Kingdom (UK), members of the Freight Transport Association (FTA) have expressed fears of a looming skills shortage once the UK begins to climb out of recession. A recent survey of FTA members found that over half could foresee a dearth of workers following an economic recovery.

According to Nic Allen, general manager of training for the FTA, the majority of workers in the logistics sector have traditionally been men over the age of 40. “With widespread redundancies and job losses across the entire sector, we are deeply concerned, as are our members, that we will lose that skills base.

“We need to invest in the next generation of logistics workers now. Once demand for goods and services returns to normal levels post-recession, we may be facing a weak link in our supply chains,” he believes.

The need for new blood within the sector is recognised by FTA members, with over half saying that a career in logistics would be a good one for younger people. However, as is precisely the case here in South Africa, there is also emphatic recognition that not enough young people are taking up this option.

The lack of diversity within the logistics workforce is a concern, with nearly 70% saying that women are under-represented. Thankfully I don’t believe that this is an issue on a local front – as we highlighted last month, more and more women are coming to the fore in our industry (importantly, because they are capable; not because they are token appointments… I would never ever support that ridiculous notion).

The FTA has been working hard to improve the image of the profession and make it more accessible to broader sections of the population, and Charmont Media is doing precisely the same via our Edutrans initiative. Just in case you missed the magazine last month, we are launching a guide for scholars, which lists various jobs within the transport sector. We want to encourage school leavers to enter our industry!

NEW KID ON THE FOCUS BLOCK

I am thrilled to announce that one of the country’s foremost technical writers, Jake Venter, has joined the FOCUS team. A motor mechanic with a national engineering diploma and a BSc in applied mathematics, Venter spent five years in a workshop and 10 years at the Chrysler plant (now Ford) outside Pretoria, first as a dynamometer technician and later as the resident engineer for the engine machining plant.

He then joined the University of Pretoria as a technician in the thermodynamics laboratory. “I discovered I could attend classes for free, and subsequently acquired the above degree,” the ever-amusing Venter recalls. This led to an appointment as a lecturer.

Since his retirement, Venter has been technical editor of CAR magazine for 13 years. “I write mainly on my favourite topic, the science behind the workings of automotive components,” he explains.

In inimitable Venter fashion (the man doesn’t only have a sensational mind; he also has a wacky sense of humour), the veteran technical fundi says he is a living example of the saying: “Behind every successful man is an astonished mother-in-law!”

We are thrilled that he’s joined our team – enjoy the first of many articles (this one is about engine oils) on page 26 and 27 of this issue of FOCUS. 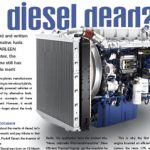