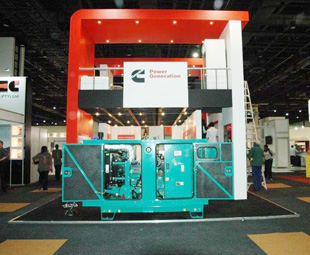 Cummins South Africa (SA) has supplied St Anne’s Hospital, in Pietermaritzburg, with a C1400 D5 generator to ensure the lights stay on during the regular power outages that the hospital experiences.

The installation was completed this month, following the successful installation of a generator set at Netcare Linksfield Hospital, in Johannesburg, in 2012. Cummins SA power generation representative, Herman Jansen, notes that the hospital approached the company with regard to supplying the generator.

“Cummins SA supplied St Anne’s Hospital with a C1400 D5 generator (with a prime rating of 1 250 kVA), a customised changeover panel (to accommodate the existing infrastructure), as well as diesel pipelines and two 6 000-litre diesel fuel tanks. The new generator set provides backup for the entire hospital, while the two pre-existing sets provide backup to the critical areas of the hospital, in the event that the new generator fails,” he explains.

Following the order of the generator set by St Anne’s Hospital, in late 2012, Jansen reveals that the power generation team at Cummins, in Johannesburg, built the unit in a customised, oversized container. “The unit and the container build took place simultaneously. The container was delivered in November 2012, while testing and commissioning of the generator was conducted a month later.”

According to Jansen, BFBA Consultants, an electronic and mechanical engineering company, assisted Cummins in the installation of the LV cables and control cables, digging of the cable trenches and building a concrete plinth.

Jansen explains that, in order to prepare for the installation of the new generator, BFBA Consultants opened the pre-existing trenches, while being mindful not to disrupt the existing services.

“A shutdown of the standard power supply had to be arranged, to make the changes needed, to route it through the new changeover panel,” adds Jansen.

“Emergency personnel were on standby while the changes took place, in order to ensure that no critical services were hindered or interfered with in any way. During this time, the two pre-existing generators were used to supply power to emergency equipment.”

Jansen is confident of the future outlook for Cummins Power Generation, especially with the continuing electricity crisis in South Africa.

“Essential services, such as hospitals, need to operate during power failures. The operating theatres need to be available twenty-four hours a day, seven days a week in order to accommodate emergency operations. There are also patients connected to life-saving devices that need electricity in order to function,” he concludes. 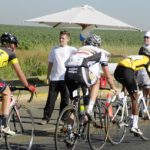 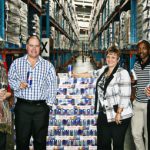