Curbing climate change as one 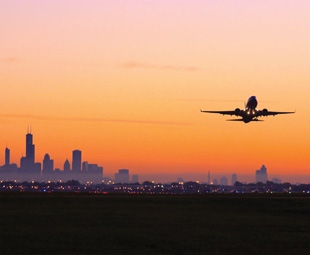 A new report released at the Global Sustainable Aviation Summit in Geneva, Switzerland, shows the aviation industry has embarked on a systematic programme of energy efficiency to reduce its climate impact. This includes solar power installations at 100 airports around the world, tablet computers for pilots, brand new aircraft designs and flights using fuel made with waste gas from steel plants.

The report, Aviation Climate Solutions, was released at the end of September by the Air Transport Action Group, a global coalition of aviation partners promoting the sector’s sustainable development.

Executive director, Michael Gill, said at the launch: “The case studies show the wide variety of climate action across the sector. Carbon-emissions-reduction projects by over 400 organisations, in 65 countries, are represented.”

He adds: “This is, however, only a snapshot of the projects underway. The most impressive realisation is the amount of collaboration between industry partners, helping to drive efficiency. Action is taking place in all parts of the world: not only at large organisations, but also through partners in emerging economies.”

He continues: “Importantly, the report also shows how the industry is working to meet the goals it has set itself through the climate action framework announced at the same summit in 2008.

“Through investing in new technology, making the operation of aircraft more efficient and developing better infrastructure, the sector is more than meeting its goal of a 1,5 percent improvement in fuel efficiency per year. The case studies in the Aviation Climate Solutions report point to just some of the projects making that a reality.”

In 2008, the aviation sector became the first to set global goals to proactively manage its climate change impact. The industry will stabilise its net CO2 emissions from 2020 through a concept called carbon-neutral growth, whereby traffic would continue to rise to meet the demands of society and the economy, but growth in emissions would be offset through a global market-based measure (MBM). The longer-term goal is to reduce net CO2 emissions from aviation to half of what they were in 2005, by 2050.

Key areas of climate action in the sector include: the development of alternative fuels; operational efficiencies, (such as using lighter equipment on board and taking-off, flying and landing in smarter ways); the development of new technology (both entirely new aircrafts and components); and systematic changes in airspace and navigation.

Gill says the report shows that not all projects are headline grabbers: “Some actions are big, such as bringing a new aircraft to service, and some are smaller, but significant in their own way.

“This is a reflection of the aviation industry as a whole. We serve thousands of communities and over three billion passengers a year, but each journey tells its own unique story. It is also a reflection of what will be needed to tackle the climate challenge on a broader level. All parts of the economy and all parts of society have a role to play, with both small actions and large shifts in thinking.”

Tony Tyler, director general and CEO of the International Air Transport Association, agrees: “Flying is a team effort. We also need a team effort to reach our sustainability goals. Innovation has been at the root of our technological and operational improvements, but, above all, it is the unity of the aviation industry, jointly setting our three climate-change targets, which has enabled us to make significant progress.”

Tyler concludes with a personal vision on the importance of aviation to deliver a more sustainable world, urging that “to save the earth, we need to take to the air”.

“Aviation creates the connectivity that helps make our world a more prosperous place: a source of 58 million jobs and US$ 2,4 trillion (nearly R32 trillion), in economic activity. That prosperity drives the innovation required for societies to move forward sustainably. Rising living standards lead to greater technological advances, far more efficient use of resources, and political pressure for environmental safeguards.

“So, aviation’s greatest environmental service is to do what it keeps on doing – being a force for good, spreading peace and prosperity around the globe.”

You can access the Aviation Climate Solutions report at www.enviro.aero/climatesolutions. Some of the highlights include:

• More than 100 airports worldwide have invested in solar power to supply a portion of their energy needs (and up to 100 percent in one case).

• The addition of wingtip devices to 8 300 in-service aircraft has saved around 56 million tonnes of CO2 in the last 15 years.

• Over 2 000 commercial flights have already taken place using sustainable, alternative aviation fuels, which are now being brought into everyday use. Airlines have also invested billions of dollars in alternative fuels by pre-purchasing stock to help kick-start the industry.

• Lightweighting (including the use of new slimline seats, carbon-fibre food service trolleys and stronger, but lighter, cargo and baggage containers) is saving millions of tonnes of CO2 each year across the fleet.

• A number of organisations are empowering their teams to generate climate action ideas – employees can provide expert insight into the initiatives that will help cut emissions. 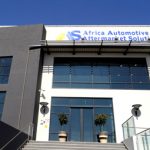 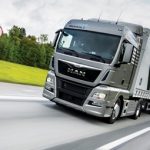