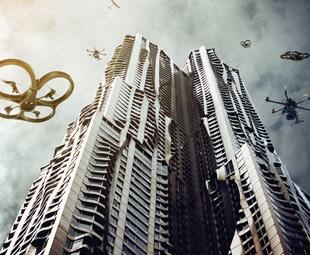 South America presents various logistical challenges as its geography ranges from the Amazon rainforest to megacities like São Paulo … Mere wheels won’t cut it. JACO DE KLERK discovers an innovative, possible solution to the transport challenges faced by this continent.

South America, as with all the other continents, is a diverse landmass that ranges from inaccessible undeveloped areas to massive metropolitan areas – each presenting its own set of transport challenges. But Andreas Raptopoulos, CEO and founder of Matternet (a tech start-up company based in Palo Alto, California), believes that the solution lies in technological advancements.

“We stumbled upon something that we believe can be a paradigm shift and solve the challenges of physical transport,” says Raptopoulos, as he refers to drones, also known as unmanned aerial vehicles (UAVs).

The company, which was formed after developing the fundamental business concept as part of a team project at the Singularity University during 2011, aims to use UAVs to transport goods and medical supplies to remote locations as well as within congested cities.

“It is a pretty magical place,” says Raptopoulos as he explains what the Singularity University is all about. “Every year, about 80 students from more than 30 countries gather there to think about exponentially advancing technologies and come up with solutions that can help solve humanity’s grand challenges.”

He adds that the institution’s mandate is to come up with solutions that can have a positive impact on one billion people within 10 years. “One billion people in the world today have no access to all-season roads,” Raptopoulos explains. “That means that one seventh of the Earth’s population is disconnected from all social and economic activity for at least some part of the year.”

He points out that, during this time, people in these areas can’t get medicine and/or consumer goods, nor can they take their goods to market in order to create a sustainable income. “Mainstream thinking suggests that these nations should invest in building roads, following the lead of the developed world,” Raptopoulos emphasises. “It is estimated that some countries may take 50 years to catch up in terms of road infrastructure.”

But Matternet came up with an innovative solution. “We asked the question: Can these countries leapfrog?” And the answer, according to Matternet, is yes! “The enabling technology is UAVs,” Raptopoulos reiterates. “It’s based on multicopter technologies, has vertical takeoff and landing capabilities and has a wing architecture that gives it the lift-to-drag ratio of a helicopter.”

The vehicle can fly up to 40 km/h in headwinds of up to 30 km/h. It is not affected by rain and can fly at altitudes of about 120 m. “It is optimised for that,” notes Raptopoulos. “It can fly much higher, but that height seems optimal from a regulatory perspective.” And, in case of mechanical failure, the unit will deploy a parachute.

But how much can it carry and how far can it go? “This electric autonomous vehicle has a small payload of about two kilograms over a short distance of about
10 kilometres.” Not that impressive, right? Well, not on its own. “It’s part of a larger fleet that forms an ultra-flexible automated logistics network that spans a bigger region – maybe even an entire continent,” Raptopoulos says describing his vision.

“The second vital ingredient of the network is the automated ground stations we want to use.” He adds that these are point stations, on the ground, that the UAVs fly in and out of to swap batteries or to exchange loads.

“The third is the operating system that runs the whole network, optimises the routes and controls the flow of vehicles and goods through the system,” says Raptopoulos. So the entire system is automated, with people merely inserting packets into and collecting goods from the UAVs. “So it’s compatible with our concept of minimal infrastructure.”

However the UAVs will also work for areas that have an established infrastructure. “Half a billion of the world’s population live in megacities,” Raptopoulos points out. “São Paulo has 21 million inhabitants and six million cars, so it is typical for people to get stuck in traffic for three to four hours a day.”

He adds that congestion costs Brazil’s government US$2,3 billion (R22,5 billion) each year. “The economy needs to flow of course.” In order to address this, around 250 000 courier bikes are being used in São Paulo. “However, there is a huge social problem around this form of transport,” Raptopoulos warns. “There are 500 people, on average, killed in activities related to motorbikes per year – either pedestrians or the bikers themselves.”

Raptopoulos believes that Matternet can solve this tragic problem. “We can plant stations on the rooftops or even on the sides of office buildings and have an infrastructure that works twenty-four hours a day, seven days a week – around the clock,” he notes. “Matternet will do for physical transport what the internet did for the flow of information.”

But what will it all cost? “It turns out that the cost to run what we call a ‘mission’ – which is to transport two kilograms over a distance of 10 kilometres – is US$0,24.” That’s R2,35. “When we saw that we became convinced that we’re sitting on a paradigm shift.”

As for the start-up costs, a vehicle, which has an estimated lifespan of 10 years, will cost US$1 000 (around R9 780). “Maintenance is minimal as it has only four or six moving parts, depending on the number of propellers.” The ground station, which will also last for 10 years, will cost around US$15 000 (R146 715). “But this will drop substantially as the process is repeated.”

Putting these numbers into perspective, as per the World Bank’s estimation, a two-kilometre one-lane road will cost US$1 million (R9 780 000).

* This information was gathered from YouTube videos where Andreas Raptopoulos spoke at two North American events last year: Solve For X, a forum encouraging forward thinking regarding technology, and TED, a non-profit organisation that unites people from the technology, entertainment and design arenas. 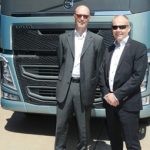 Prev Word from the top
Next The biggest by far 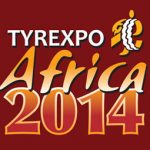