The astonishing controversy over road death statistics during the 2009/10 holiday period has already made headlines country-wide. While the Department of Transport (DoT) could have managed the crisis with greater dignity and a humble mea culpa, they chose instead to brazen it out for a week with critics and the media, badly losing face.

The DoT’s denialism was of Mbeki-esque dimensions, resulting in a perfect case study on how not to win friends and influence people. Not only did the Road Traffic Management Corporation’s chief executive officer repeatedly attack the credibility of anyone daring to challenge the accuracy of the Department’s statistics; incorrect figures were quoted on live radio, while a subsequent DoT media statement contained yet another statistical blunder. When the DoT eventually called a press conference, the media was blamed for the entire fiasco!

Clearly, an examination of the relevance of road safety statistics and the importance of accurate data is long overdue.

Consider, for a moment, the monumental task of collecting information on an estimated 1.8 million motor vehicle accidents per annum. Try to imagine how many variables could be involved in each accident; then ponder on the amount of statistical analysis required before meaningful, useful data is produced.

Now think about this. It has been estimated that a single government road safety project may make a difference of only one tenth of a percent to our annual road death toll; far less than the typical statistical margin of error. It stands to reason that one such statistical error has the potential to wipe out whatever minuscule improvements a single road safety project may have made – or to create the impression that it has been more successful than was actually the case. Several errors could significantly distort information on the overall impact of dozens of government road safety projects in progress at any given time.

Surely the contribution of each project to improving the safety of our roads should be measured painstakingly and with the utmost accuracy in order to determine which of the projects in progress is most cost-effective? Projects providing the best possible return for the least amount of public money invested could then be replicated systematically along South Africa’s hundreds of thousands of kilometres of roads to the benefit of millions of motor vehicle drivers.

Taxpayers’ money would surely be far better spent on ensuring the infallibility of statistical data than on billboards warning that “speed kills”? State-of-the-art speed monitors may well boost municipal revenue, but are they really helping to reduce the carnage on our roads? How well does our decades-old licensing test ensure that new drivers are adequately equipped with skills relevant to the conditions they are likely to face? Only accurate statistical data can provide answers to these and a myriad of other important questions.

Without a credible statistical baseline, the DoT’s road safety interventions can never achieve the desired results. Perhaps all government road safety structures should be disbanded and their budgets transferred to the public health system, where most casualties of South Africa’s spiralling road accident rate inevitably end up.

Posts by Focus on Transport
Prev Farewell, Nissan Diesel
Next The non-stick trolleybus 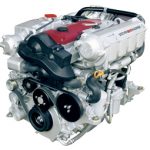