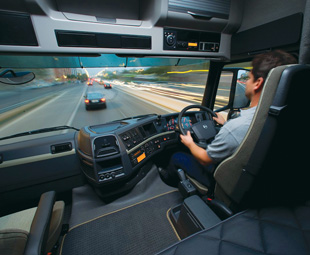 Vehicles of all sizes sharing the road can be a scary prospect, even more so when we all forget the basics

I own a Beetle. It’s one of the older versions of “Hitler’s Revenge” which does not get driven all that often and especially not at night – due mostly to the bad headlights. But circumstances dictated that I use the car to drive to work for a week recently. It was terrifying.

First of all, it is slow, but not much slower than most loaded trucks. This sometimes leads to a situation where the truck following me gets rather close. It is not a comfortable feeling when your rear-view mirror is filled with a chrome bumper. Of course this gets me thinking about braking efficiency and stopping distances. To be fair to the trucks though, the Beetle would be hard put to out-brake even a 56-tonne rig at 80 km/h.

But that’s not the point. The following distance is. So many truckers tailgate each other. Long-distance minibus taxis too. I understand the effect and benefit from a fuel perspective of “slipstreaming” but what safety benefit is there to be had from this practice? You just know it’s going to end badly for someone.

In 2012, on the N3 Toll Route between Heidelberg and Cedara, there were 524 crashes involving trucks. Of these, 169 were as a result of tailgating. What happened to the “if you can’t see my mirrors, I can’t see you” adage?

Yes, technology certainly has made vehicles safer. ABS, airbags and even tyres have improved safety. But some of the simple safety innovations get overlooked; take the side marker reflective tape as a case in point. A life saver, sure, but in my slow-mobile, I have had time to observe just how poorly maintained most of the reflective tape on trailers usually is … Scuffed, torn and generally so dirty, it’s hard to see that it is there. Not so life-saving then. The same could be said of the chevron boards at the tail-end of a rig. A wet rag could be the difference between a write-off and a profitable run. Simple really …

A couple of years ago there was a call to introduce compulsory daytime running lights for all public vehicles – including trucks, busses and minibus taxis. The idea behind this was that lights could be checked and repaired during daylight hours before there was drama in the dark.

In a recent survey of trucks that I was involved with, at least one-in-ten rigs had at least one defective light (headlight, tail or brake light). That doesn’t make sense. Why so many? Globes surely are not that expensive.

Sometimes the trucks overtake the Beetle. That’s fine as long as they don’t get too close to the driver’s door. Do you know how intimidating the inside of a truck’s wheel is? Very.

In the evening, when I look up at the cab and notice the glass all steamed up I get nervous. The driver is obviously feeling the cold and has turned up the heat. I know that truckers are legends and they have my respect for what they do, but driving in a sauna will make you drowsy eventually. That also usually ends badly.

If it were at all practical, it would be great for all car drivers to spend at least a day in the life of a trucker and experience first-hand how they cope with the conflict and demand for space on our roads. There would be much more respect and less bleating.

We all need to remember – whoever has the biggest toys, wins. My money is on the truckers. 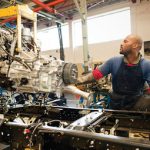 Prev Three-pointed Star for Rea Vaya
Next Do we protest too much? 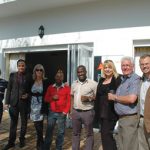