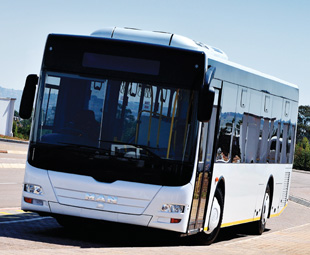 On the back of a particularly vibrant 2010, last year proved an ongoing challenge for South Africa’s bus and coach industry. Will that trend continue to haunt us, or will 2010’s light shine through once more? GAVIN MYERS seeks answers from industry giants…

It was a particularly rocky year, was 2011 – as you’ll read about in numerous other articles throughout this issue of FOCUS. And it didn’t matter what sector of the transport industry you talked about: the consensus was the same. Earthquakes and tsunamis in the East, the odd natural disaster here and there, the collapse of the Eurozone and, in South Africa, the “hangover” left in the wake of the 2010 Soccer World Cup – all left much to be desired. However, there seems to be much to look forward to.

For South Africa’s bus and coach industry in particular, last year didn’t yield too many highlights. “The bus market had many challenges in 2011,” says Danie Human, Busmark general manager sales and marketing. “We had a few particular challenges with the lack of supply of some materials, while the tragic events in Japan also caused unavailability from some OEMs in terms of chassis supply to our factory.”

The local market certainly experienced a significant dip in sales, falling to 990 units in total. Particularly hard hit was the semi-luxury/luxury coach market. “That was perhaps a result of a decrease in tourism activity due to the poor state of affairs in Europe and the United States,” notes Irizar Southern Africa general manager Paul Nel.

Fellow body builder Marco Guedes, commercial manager of Marcopolo South Africa, concurs. “This was a ‘hangover’ from 2010, which proved to be a successful year, boosted by purchases linked to the Soccer World Cup. The market sank to low levels in terms of sales volumes in 2011, a trend that will present challenges for the major players.” 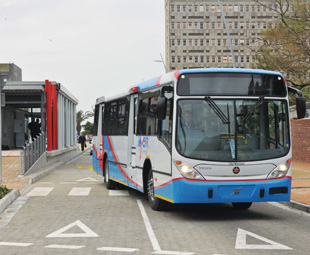 In analysing sales trends over the past seven years, where the market steadily rose from 1 035 units in 2005 to 1 556 units in 2010 (with a drop during 2009), MAN Truck & Bus Southern Africa deputy CEO Ray Karshagen says: “The increase in unit sales from 2006 was based on several factors related to the industry, such as negotiated contracts, fleet renewals, the Soccer World Cup announcement, and the introduction of BRT systems and Gautrain feeder buses.

“The reduction in 2011 is related to over-purchasing for the Soccer World Cup, which left the industry with surplus capacity. In addition, the authorities haven’t delivered on the promise of Integrated Transport Plans and fixed-term contracts,” Karshagen adds.

Further highlighting the issue – albeit perhaps as something of a respite for manufacturers and builders – is that exports to other southern African countries are certainly gaining momentum, in some cases proving more favourable than local sales. However, in terms of the demand for local after-sales and parts the trend was more positive. 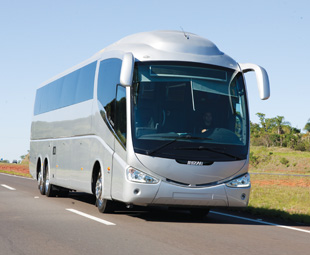 According to Guedes, operators have indicated a lack of government support for public transport initiatives, with long delays in its decision-making processes about issues such as subsidies and contracts among the main reasons for the poor performance of the bus industry. That has had an obvious knock-on effect for the bus and body-building industries.

Eric Cornelius, executive manager of the Southern African Bus Operators’ Association (SABOA), is of the same opinion, saying the uncertainty in policy developments surrounding tenders and contracts is causing widespread uncertainty in the bus industry. Those contracts are being renewed on very short-term basis, resulting in an adverse impact on empowerment within the industry – something for which there’s currently a big need.

Says Cornelius: “Amendments to the Labour Relations Act, which are expected within six months, could negatively impact if the department redesigns the network of services on tenders to reduce its scope. That will leave a surplus of staff – and what do we then do with them?”

Nonetheless, many players in the industry feel 2012 will be a far better year due to involvement with local municipalities, in particular continuing BRT and new city tenders for the replacement of ageing buses in use countrywide with newer, more efficient units. Marius Botha, general manager Bus Division Volvo Southern Africa, says: “We hope to see the 2012 market recover to the former 1 200+ buses per annum. The potential in the market can exceed expectations if fleet renewals and expansions take place as forecast.” Of course, last year was a record one for Volvo Bus International, with a total of 13 000 units delivered.

What other factors might drive the industry in 2012? “The new legislation about minimum local content requirements on certain products for government/parastatal tenders will play a big role,” notes Human. “We certainly encourage this, and it will also assist us to motivate suppliers to ensure they deliver products that are locally manufactured. With the assistance of government, Busmark hopes to get very close to the 100% figure on basic execution buses, where some items are still being imported.”

Guedes’ thinking is similar. “To reach job creation and local industry development targets there should be a renewal programme of old government bus fleets,” he says. “That would generate significant volumes and contribute to enhancing the sustainability and economic viability of our industry. Government-funded or subsidised school transport and incentive and finance packages for long-distance transport operators would also be beneficial for the industry.”

It’s hoped this will be a year of growth for the industry that will also be sustained over the next few years. So much so that many chassis and body-builders are set to introduce numerous new, technologically advanced models and designs that will boost efficiency, yield lower CPK and life cost figures for operators and, in the case of local concerns, boost job creation.

Should that be the case we might see our bus and coach industry returning to its former glory sooner rather than later.