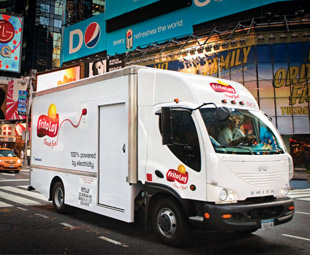 Twenty years ago traditional film cameras outclassed their digital successors. Today, gigapixel photography is common practice. What will electric motors do to diesel engines in the future?

According to the late Thomas Kuhn, an American philosopher of science, a paradigm shift can be described as a change in the basic assumptions, or paradigms, within the ruling theory of a particular science.

A few good examples of famous paradigm shifts in history include the transition from Newtonian physics to Einstein’s theory of relativity, as well as the worldwide acceptance that heavier-than-air flight is in fact possible, despite Lord Kelvin’s frequent dismissal of such a preposterous notion.

The first known electric locomotive was created in 1837, by Scottish chemist Robert Davidson, and has since become as viable a propulsion method as diesel engines. However, they have the electricity needed to power their motors fed to them through power cables from either above or below, and are bound to their train tracks. Thus, the power source never needs to travel with the train (as with road transport).

The greatest dilemma to date regarding the feasibility of electric transport for road vehicles has been the endurance, weight and size of the chemical batteries needed to power an electric motor. 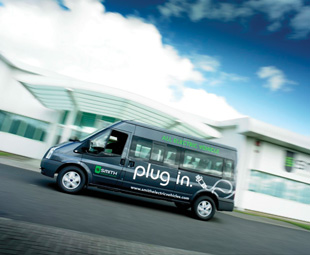 According to John Heywood, professor of mechanical engineering at Massachusetts Institute of Technology (MIT), thermodynamics result in petrol-driven internal combustion engines being only 30 percent energy efficient. Everything else is lost to noise, friction, heat, and gas emission. This does not even factor in wind resistance, resistance from a gearbox and differential, friction from the wheels, the energy spent on electrics and driver error. Though a bit more effective, the absolute best a direct-injection turbocharged diesel engine can hope for is only 46 percent.

Think about that for a minute.

In a sense it means that, out of the approximately R13 you’re currently paying per litre of petrol, only about R3,90 of that is actually being used to make you go forward – the rest is killing trees. If the energy efficiency of an internal combustion engine was a university mid-term paper, it would fail with an attached note to see the professor after class.

Make no mistake there isn’t a single automotive manufacturer on the planet that does not pool key resources into developing more efficient and emission-friendly vehicles for the future. Engineers can make a Formula 1 engine hum God Save the Queen if they want to, after all.

A petrol/diesel engine uses a “simple” energy source (fossil fuel) to propel a complex machine. By using a diesel engine to power an electric motor, one is simply switching between these two, making the engine simplistic, but the energy source more complex – and at best only 46 percent efficient at that.

Yes, this is a quick fix to lessening a diesel engine’s emission. But why have diesel engines in the first place?

So, as it stands, bar conspiracy theories of a Dan Brownian scale, there exists little reason other than underdeveloped battery technology for electric motors to not be used in vehicles today. Electric motors are quiet, eco-friendly, require a fraction of the maintenance of diesel engines and are more compact than any internal combustion engine in the market, or currently being developed, today.

The time has most certainly come for a paradigm shift.

With recent developments in the life and charge time of lithium-ion batteries, various companies across the world are slowly, but surely, beginning to change the perception that electric motors are ineffective for road transport.

Named in honour of the late Serbian-born genius, Elon Musk’s Tesla Motors is one such company. Apart from leading the pack in electric home transport, the modern-day Howard Hughes-meets-Tony Stark spends his time between privatising space travel with his company SpaceX, creating a greener tomorrow with SolarCity and hypothesising vacuum-propelled super transport in the form of the Hyperloop.

Founded by Musk in 2003, Tesla Motors was one of the first companies to develop fully electric sedans for the general market, with the goal of eliminating noise and air pollution and saving the average user large amounts of money in fuel costs. One of Musk’s truly Starkian strategies so far has been to create “Supercharger” stations throughout America, where Tesla users can recharge their motors in a matter of minutes, absolutely free.

Sadly, it does not appear as though any of the Tesla models will be included into the South African market any time soon, but Tesla’s ingenuity and determination to push through with fully electric automotive products nevertheless remains a global inspiration.

While the new electric frontier is headed by the sedan and sports vehicle sectors, companies such as Smith Electric Vehicles have, however, begun to generate a growing media presence.

Founded in 1920, the United Kingdom-based Northern Coachbuilders specialised in the construction of electric trams and trolley buses. It later diversified its product line with the introduction of road-going electric vehicles and subsequently renamed itself Smith Electric Vehicles (SEV).

In 2009, the United States (US) branch of SEV was founded and began manufacturing electric trucks a year later. By 2011, the company had grown so successful it acquired its UK parent company and the US is now the global company headquarters. 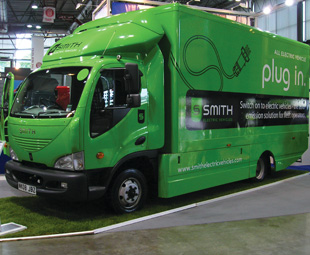 Having partnered with various global logistics-dependant companies such as Coca-Cola, DHL, FedEx, Frito-Lay, and even the US Military, the growing company has already proven itself as an up-and-coming dark horse in the medium commercial vehicle market.

SEV currently designs, produces and sells two vehicle platforms; the Smith Newton and the Smith Edison, both of which can be configured for multiple applications. The Newton has a 120 kW
(163 hp) motor with four – just four – moving parts in its entire drivetrain. Its lithium-ion battery allows for a travel range of up to 240 km and a recharge time of eight hours.

However, with lithium-ion research and development accelerating at the moment, the range will only improve from this point forward. Furthermore, with new technologies such as “charge for moving”, or CHAdeMO, pushing to become global industry standards for electric vehicles, the future range and recharge speeds of electric vehicles are most definitely set to increase.

Collectively, the company’s sales recently crossed the 700 mark, with more than eight million kilometres behind them. Commenting on this milestone, SEV’s chief executive officer, Bryan Hansel, states: “We do not think in terms of the truck; we think in terms of full end-to-end fleet transformation and all its associated benefits. This delivers substantial economic and commercial benefits for our customers and helps drive the growing demand for our product. With these important milestones achieved, SEV will be positioned to move fully into commercial scale manufacturing and enable electric fleet transformations around the world. Most importantly, we have first mover advantage in a vast global market for full fleet transformation. We look forward to the future with confidence.”

Something that we most definitely will be able to see within the next month or so is the inclusion of the fully electric Zero Motorcycles brand in the South African market.

Zero motorcycles will be distributed locally, by Dualsport Africa founder, Craig Marshall, from October this year. Since their mass introduction into the US, these easy-on-the-eye electric motorbikes have been making some serious inroads in the Americas and Israel. The company is proving to the world that electric motors are a very real alternative to internal combustion engines.

With a travelling distance of just over 200 km, these mass-produced motorcycles have been commissioned for use as police, and military patrol vehicles in the US and Israel. Furthermore, Zero Motorcycles predicts that its battery technology will be advanced enough to allow 600 km on a single charge at about the same time that South Africa makes its transition to Euro 5.

It would indeed be comical to see a charter of patched-up one-percenters (like the Hell’s Angels) driving past in a echelon of angry gnat-like buzzing – their handlebar moustaches double-daring you to say they look just a tad silly. 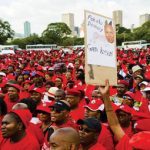 Prev Are we in trouble?
Next Paccar’s “in-house” powered Kenworth surfaces down under 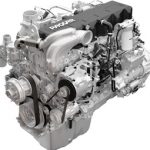