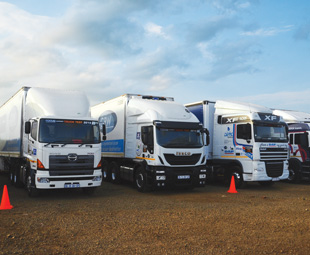 Aero Truck is a proudly South African company that designs and develops cutting-edge wind-management systems for the local truck market, which are equal to the best in the world. GAVIN MYERS speaks to Cameron Dudley-Owen, owner of Aero Truck, about the company’s latest designs that featured in
Truck Test 2015.

Aero Truck has become a regular feature of the Truck Test series, supplying its aerodynamic wind management systems, cab extenders and side skirts to participating original equipment manufacturers (OEMs) seeking to maximise their vehicles’ results. This year saw the premiere of the company’s new Dolphin range of kits, which borrow heavily from the aviation industry.

To fully understand the advantages of the Dolphin kit, one needs to understand the basic concept of the aerokit. These are custom designed to smooth the airflow around the vehicle and thereby significantly reduce its coefficient of drag. Fuel consumption is, therefore, improved by around eight to ten percent, which represents a significant cost saving for a comparatively minor investment.

“The rationale and need behind this aim is that a truck uses 40 percent of its engine power to overcome wind resistance when travelling at 80 km/h. This contributes to over 50 percent of the operating costs of a truck, which obviously creates a strong incentive to save on fuel usage,” says Dudley-Owen. 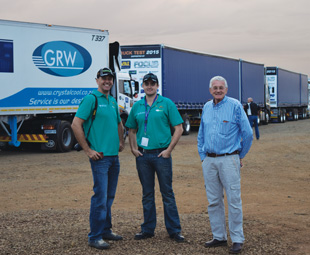 The Dolphin Range takes the concept a step further, seeking a way to reduce turbulence and the effect of crosswinds. More rounded and similar in shape to the nose of a jumbo jet, the free-flow design of the kit ensures that the wind is channelled smoothly over and around the truck body, minimising the airflow separation from the surface of the kit and the truck body. Air turbulence caused by the forward movement of the vehicle is, therefore, significantly reduced.

Further, the Dolphin cab extenders are considerably larger than those on conventional kits, reducing the gap between cab and body, and the trailing edges now have vortex generators moulded into the panels.

Dudley-Owen elaborates: “The gap between cab and trailer is a major source of wind turbulence, causing drag on the vehicle. These extenders help to channel the wind, which further reduces turbulence as the wind flows off the cab and onto the trailer. The conical shape also reduces the yaw, or cross-wind effect, if the wind is not coming directly from the front. This significantly improves truck stability.”

The benefit of these custom-designed kits is that they are matched to specific vehicles and trailers, and are not a compromise, as are many factory-fitted units. Dudley-Owen quotes a study by Cranfield University in the United Kingdom: “In conjunction with Mercedes-Benz and Hatcher Components, custom-designed kits claim to have achieved a three-percent fuel saving over generic factory fitted units.”

Further, says Dudley-Owen, the extra effort involved in fitting a bespoke (custom designed), rather than a generic, kit would reward the operator with significantly better returns over the life of the vehicle. 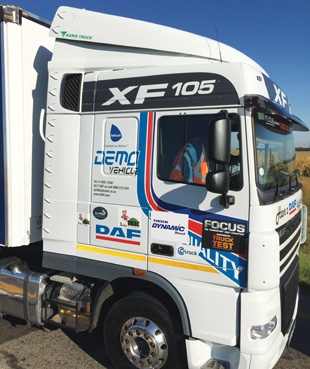 He is proud to note that, locally, Iveco and MAN have replaced their own imported kits with Aero Truck’s designs, while Hino has also substituted the previous-generation Aero Truck kits with the new Dolphin range.

DAF, FAW, Hino, Iveco, MAN and UD ran a total of ten aerokits in Truck Test 2015. “The test showcases the most up-to-date products available to the South African truck industry and, as such, is the ideal platform to demonstrate the effectiveness of our products in reducing the running costs of the vehicles,” says Dudley-Owen.

“The Truck Test has become more professionally run over the years, with the criteria being more specific,” he adds.

Dudley-Owen should know. Besides having been involved in Truck Test since the first event in 2012, the company is also a familiar name in the South African commercial vehicle industry. “We have been in business for over 30 years and, we are an equal-opportunity company, employing 60 people. We have probably saved the South African economy millions of litres of fuel over the years.

“The continued support from the OEMs is essential to our growth and success and must be applauded. In particular, Mercedes-Benz, Hino, UD, Isuzu, MAN and, more recently, DAF, FAW and Iveco, have mentored us and allowed us to develop kits for their vehicles,” Dudley-Owen continues.

“We would also like to acknowledge the many partners in the trucking industry that have bought our products, and whose feedback and advice has led to the continuous improvement of the effectiveness in the design and quality of our products over the years.” 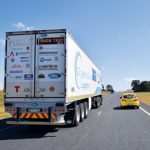 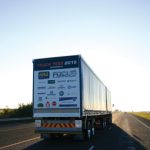