Every trick in the book 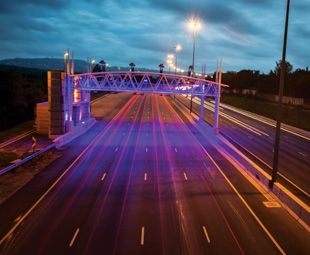 The e-toll saga rages on furiously.

I dislike the idea of a cynical person. Personally, I’ve always preferred to give people the chance to prove themselves. And, as a professional journalist, it’s not my place to be cynical, but rather to question. Nevertheless, the older I get, and the more attention I pay to the general goings on around the world, the more sceptical I become about people and their intentions …

As I write this, Deputy President Cyril Ramaphosa has wrapped up his press briefing regarding the new dispensation on e-tolls in Gauteng. Indeed, by the time you read this, you will in all likelihood have picked up on some of its key aspects, which the deputy president says “addresses, in comprehensive manner, the concerns raised by people in the Gauteng province and beyond.”

Right now, I’m not interested in where the shortfall in funds is going to come from, or whether government has strategically timed the dispensation to (try to) appease voters ahead of next year’s elections.

I want to touch on some of the more practical, salient points, to try to determine if, indeed, the system will now be “equitable, sustainable and efficient”, as well as “a great improvement to this whole project” and an “opportunity for a fresh start to build integrated, reliable transport systems” that will “ensure Gauteng has a freeway system that reduces congestion and emissions”.

My inner cynic is straining at its chains already …

So, e-tolls are (still) going nowhere. Under the new dispensation, public transport with operating permits remains exempt; a single reduced tariff (dependant on class of vehicle) applies to all motorists, irrespective of whether or not the vehicle is fitted with an e-tag; the monthly cap has been reduced (again class dependant), but if not paid within 30 days will be doubled; infrequent users making less than 30 passes a year will not be charged and; all toll fees currently outstanding, dating back to December 2013, will be discounted by 60 percent, with users having six months to take advantage of the discount to settle their debt.

What jars me in all this is that all users are now deemed to be registered – whether or not they want to be. You might say, “I don’t care, I still won’t pay”. It is here where my biggest, bone-chillingly worrying issue comes in: settlement of e-toll fees will now be linked to your vehicle licence renewal. If you don’t pay your fees, you can’t renew your licence!

Government says the intention is to “simplify the payment process”. The sad truth is that the personal choice of a motorist in our democratic country, to stand up in defiance of an unfair, unjust and unnecessary system, has been revoked.

Is that even legal? “We are aware of the need to address the legal requirements. We want to avoid criminalising people and make it [the non-payment of e-tolls] a traffic infringement under AARTO,” says Minister of Transport Dipuo Peters. (As an aside, the amended AARTO legislation is now due to come into effect on April 1, 2016.)

Ramaphosa is equally devious about making it an offence under AARTO: “I’d call it compliance rather than enforcement; it’s a good way to encourage people to pay …”

With all due respect, whichever way you look at it, people are now being forced to pay. Government couldn’t do that before, so it has created ways that allow it to do so now.

Of course, this just opens up a whole new, supersized can of worms. First, people will now definitely avoid e-tolled highways; taking to the side streets causing more road damage, congestion and pollution in suburban areas. (Maybe that’s what was meant by “ensuring Gauteng has a freeway system that reduces congestion and emissions”?)

Second, the rate of unscrupulous traffic and law enforcement officials preying on misinformed motorists will increase, as will the number of false or cloned number plates and licence discs.

Third, government is surely opening itself up to a whole wad of legal issues that will have opposition parties and bodies such as the Opposition to Urban Tolling Alliance (OUTA) jumping for joy.

Finally, and perhaps most significantly, it won’t change the simple fact that the majority of Gauteng residents are not in favour of the system and it will, therefore, continue to fail.

I’m not being cynical, or questioning anything. The people of Gauteng will continue to defy the system, the likes of OUTA will continue to fight against it, and government will issue yet another dispensation. The history of the e-toll saga, written thus far, will be repeated.

Prev ACCO still goes on …
Next Foton woos at Shanghai 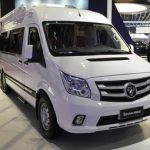