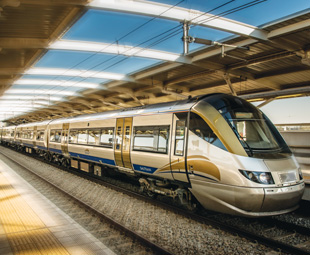 Promises around the Gautrain: never kept. Real public transport integration: out of sight. Can Gauteng’s new city councils get the job done?

Why, then, do we tolerate the dual role played by the boss of the provincially funded Gautrain, who, for several years now, has doubled up as chairman of the Gauteng provincial transport master plan?

One of the fundamental principles of good governance is the separation of duties to ensure checks and balances. By failing to sort out an apparent conflict of interests in public transport in Gauteng, we have made a rod for our back. Let’s look at two consequences.

First, a disproportionate amount of funding is going to the Gautrain, backed up by ongoing “spin” that has proved to be false. It started long before Gautrain had turned a wheel. In 2005, a senior transport analyst at the Development Bank (which, significantly, is now also on the naughty step together with Transnet, SAA and Sanral) had high praise for the scheme.

“Again, one may argue as to whether funds may have been better spent on enhancing existing commuter rail, or improving the bus service, or, indeed, supporting the recapitalisation of the minibus-taxi industry. The Gautrain is, however, a quantum leap in thinking.”

That’s not very helpful. A quantum leap in service levels instead of “thinking” would be far better.

There’s more: “The characteristic of the Gautrain, like successful public transport elsewhere, is that it will be integrated with other modes. The Gautrain may go a long way to show the benefits of seamless integration in the design of infrastructure, the use of through-ticketing and … in day-to-day, integrated operation.”

That promise has never been kept. Together with our underperforming bus rapid transit (BRT) projects, the Gautrain has merely contributed to the exact opposite – transport disintegration.

Finally: “The Gautrain may be the investment in public transport that leads more by example than by actually changing the status quo. For this reason it is able to leapfrog above the existing challenges.”

There the truth comes out! The Gautrain was never intended to change the status quo. Instead, it hovers, like a drone, above the existing challenges, which remain unfixed. Is this deliberate?

Two years later, in 2007, an organisation called ITS awarded a “certificate of recognition” to the Gautrain “for the contribution and impact of the project on the public transport landscape in South Africa. The Gautrain has been successful (note the past tense) in changing the face of transport in Gauteng and for … highlighting the significance of public transport … the BRT systems and the Gautrain’s bus link will be complementary to each other”. More bunkum!

A second consequence of poor governance is the continued underperformance of the 3 000 to 4 000 buses under the control of both the province and the municipalities in Gauteng.

Despite all the lip service to integration, no one has taken responsibility for starting a proper network. The Gauteng 25-year Integrated Transport Master Plan was supposed to address this, but the public transport part of the plan has disappeared from the Gautrans website. Why?

The start of a provincial bus network could lie with the infamous Moloto corridor, which has been the subject of dozens of reports during the last 30 years; most of them favouring rail over bus.

Significantly, the 400 buses that operate on this road have never featured in any integrated transport plan. Many of these buses could be used immediately to extend the route as far as Midrand, where they could link up with buses from Vereeniging.

Sadly, the latest ad-hoc development (September 2016) is a R35-billion “agreement” between Prasa and Chinese companies to build a rail line along the route.

In our present financial state, how about using electric trolleybuses, which the Chinese are building for their own BRT schemes in Shanghai and Beijing? This could be done at less than half the cost of rail. With proper planning, some of the electrical infrastructure could still be used to upgrade to rail in, say, twenty years’ time.

Our new city councils in Gauteng have work to do. They must sort out the fossilised thinking in their own transport departments, and they will have to confront the ethical issues at the moribund provincial department of transport.

They also need to question the under-performance of buses contracted from the province, which should be carrying thousands of existing car users. This would take pressure off municipal roads and reduce congestion at a much lower cost than schemes like the Gautrain.

Are the councils up to it? I don’t think so. 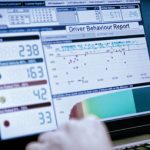 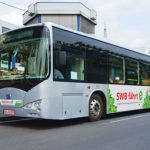