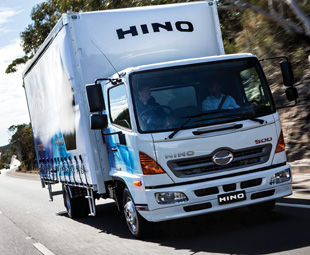 Salvatore Papale started Contract Truck Hire back in 1980. CLAIRE RENCKEN spends some time with him and talks about how the company became the success it is today.

Papale has been working with engines since he was 15 years old. At almost 73, that’s nearly 60 years of mechanical, hands-on experience. So I’m not about to argue with him about the design, manufacturing and inner workings of a truck engine.

In 1980 when Papale started out, he had a combination of Toyota, Mitsubishi and Isuzu vehicles. But, for many years now, the vast majority of the company’s vehicles have been from the Hino fold. Arthur Frazer, strategic account manager at Hino, says Papale is a very highly valued and loyal customer.

Papale’s son, Dino, who now runs the family business, has many good things to say about their service provider. “We have a great relationship with Hino,” he says. “The after-sales support and back-up service are fantastic. If we have a problem, they give it immediate attention and try to find a satisfactory solution as soon as possible.”

When asked what inspired him to start the company, Papale remembers with a smile: “I needed to hire a bakkie to move some equipment. When I realised how expensive it was to do so, I said to my brother ‘hey, this must be a good business to be in’.” And the rest, as they say, is history. 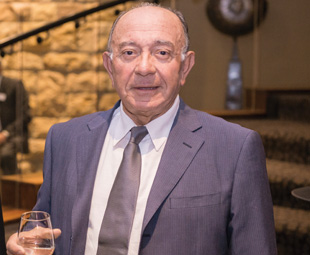 For Papale, a lot has changed over the last 30-odd years. “When we started out, trucks were much easier to maintain, and much cheaper too! Now everything is so expensive. Not to mention e-tolls and diesel prices. Then there are the challenges we face due to the lack of service delivery from our municipality! We have to fix our own potholes in the road leading to our premises. We have to put up our own street lights and remove our own refuse – all because we are situated away from the main business hub among the plots [in Linbro Park].”

Along with the need to be more visible, these have been the motivating factors behind Contract Truck Hire’s plans to relocate to a business park closer to the N3 highway, hopefully later this year. “But that all depends, once again, on the municipality as the property is in the process of being rezoned. Who knows how long that will take?” says an exasperated Papale.

Despite these hurdles and frustrations, Contract Truck Hire remains a great success, and there is still a huge demand for the service it provides. Papale believes that one of the secrets to its success has been a willingness to go the extra mile (not only in the literal sense) for its customers.

“But now I’m ready to retire. That’s why my son has taken over the reins; it’s his turn,” he says. I could be wrong, but I suspect that Papale will be dedicating a lot more time to the other love of his life now – golf! And he deserves it after all the years, and of course insights, he has given to the industry. 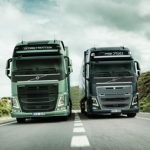 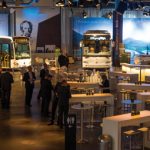