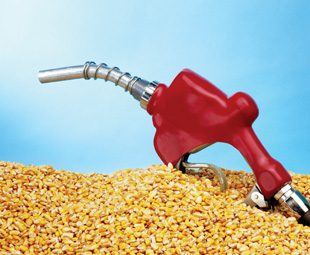 GAVIN MYERS fires up some info on alternative fuels .

We all know that the fossil fuel – diesel and petrol – which we rely on to power our vehicles is finite and will, eventually, run dry. The United States Energy Information Administration suggests that global consumption of petroleum products during 2013 (the most recent statistics available) totalled 91 195 thousand barrels per day! The world is unequivocally fuel hungry.

Thankfully, almost all of the world’s vehicle manufacturers have, for some time, been experimenting on vehicle powerplants that can run on other types of energy-generating fuels.

Many of these are also much cleaner-burning than traditional fossil fuels and create a much smaller dent in the environment by their extraction and/or creation. For this reason, this article does not discuss electric options – unless clean methods are used to produce the electricity (for example by wind, solar or hydro energy) – as it, too, leaves an environmental scar.

So what are the options? Well, they are many and complex, so we will attempt to draw a simple picture … To begin with, let’s look at what we’ve already got: diesel … in this instance, biodiesel. 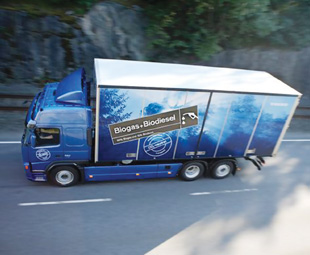 Biodiesel is a type of biofuel derived from vegetable oil or animal fat and can be used in its pure form, or blended with petroleum diesel in most diesel engines. However, the mix is generally kept low – between two and 20 percent biodiesel – as it can degrade natural rubber components.

An advantage to using biodiesel is that it contains virtually no sulphur content, yet has good lubricating properties and cetane ratings (an indicator of the combustion speed of diesel fuel). As such, it’s often used as an additive in ultra-low sulphur diesel.

Biodiesel should not be confused with the vegetable and waste oils sometimes used to fuel converted diesel engines.

Another option is bioethanol, which is related to biodiesel in that it is also a biofuel. It is an alcohol made by the fermentation of carbohydrates and sugars of certain (preferably non-food) crops.

Ethanol can also be derived from fossil fuels or methanol. This alcohol is the world’s most common biofuel and can be used as a fuel in its pure form, or mixed with petrol (in any percentage) to increase octane and improve vehicle emissions.

However, ethanol has roughly one-third lower energy content per unit of volume compared to petrol, so fuel stops are required 30 percent more often.

Yet another biofuel with promise is biogas. Comprising primarily of methane, but including other gases, biogas results from the breakdown of organic matter in the absence of oxygen. The energy released, when it is combusted or oxidised with oxygen, allows biogas to be used as a fuel.

As it can be produced from agricultural, municipal, green or food waste, sewage, manure and plant material, biogas is a renewable energy source that exerts a very small carbon footprint. When using biogas as a fuel, CO2 reductions of up to 88 percent are possible. 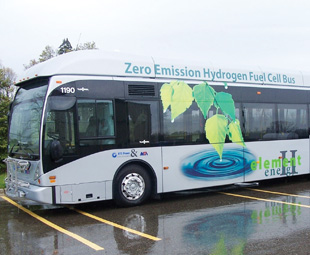 Another significant biofuel is made from algae. Because it is full of energy-rich oils, algae can be converted into various fuels, including biodiesel, bioethanol and biobutanol. Like fossil fuel, algae fuel releases CO2 when burnt. This is, however, not additional CO2 as it had already been removed from the atmosphere via photosynthesis during the plant’s growth.

The advantages of using algae as a source of biofuel are numerous. It grows much faster than food crops (it has a harvesting cycle of one to ten days), and can produce hundreds of times more oil per unit area than conventional crops. It can also be grown almost anywhere.

While natural gas, in its compressed (CNG) and liquefied (LNG) forms, is used to power vehicles, it is also a fossil fuel and thus falls outside the scope of this feature. However, it is worth noting that the combustion process of natural gas produces 15 to 25 percent fewer harmful emissions than traditional petroleum products.

Likewise, liquefied petroleum gas (LPG) is also a fossil fuel, often derived from the refining of petroleum, or extracted from natural gas streams emerging from the ground. However, when used in an automotive application (commonly referred to as autogas), it produces 15 percent fewer CO2 emissions than petrol.

Finally, hydrogen has excellent potential for powering vehicles. It is the most abundant gas in the universe and produces zero emissions when used as a fuel. Hydrogen can either power internal combustion engines, or be used to power a fuel cell in battery-powered electric vehicles.

When used to power an internal combustion engine, the resultant power is 20 percent higher than with traditional petrol. However, while these engines burn fuel in the same manner, the modifications required for hydrogen makes them about 1,5 times more expensive.

Of course, none of these options are completely without drawbacks. While many are commercially available in various regions, the biggest problem remains that of retail availability and infrastructure development.

Further, certain production processes – for example, in the case of hydrogen – can, themselves, be energy intensive and have some impact on the environment.

Nonetheless, the potential for a mobile world without fossil fuels is real and attainable – long before they run out. 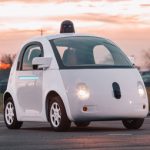 Prev When will self-driving cars come to South Africa?
Next A truly terrifying test 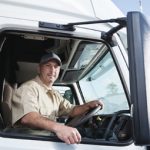