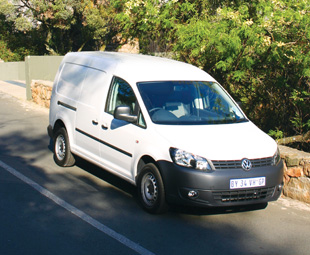 Volkswagen SA is exploring the merits of alternative-fuel vehicles in its local commercial vehicle fleet, and FOCUS was one of the first publications to put its proposition to the test. It left GAVIN MYERS with mixed feelings

The Volkswagen Caddy panel van is a perennial favourite in the South African light van market, being a consistent top seller. The current range, locally at least, consists of 1,6-litre petrol and 2,0-litre diesel models. Being Volkswagen, they are built right for their commercial vehicle purpose, with durable, well designed interiors and largely bullet-proof mechanicals.

All customary VW. Well, no. This vehicle has a particular talking point – it runs on compressed natural gas (CNG), the chief combustible of which is one of our planet’s most abundant but harmful natural greenhouse gasses: methane. Yip, the gas central to the whole “do cows pollute more than motor vehicles?” debate. 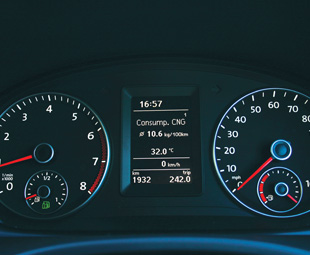 Known as the Caddy EcoFuel (this being the Maxi Panel Van), this CNG-powered vehicle is one of two alternative-fuel vehicles in the range, the other being powered by liquid petroleum gas (LPG). Volkswagen South Africa (VWSA) is running a pilot of three CNG vehicles brought in from the United Kingdom until the end of the year. This is in line with VWSA’s Think Blue strategy, which aims to explore, among other things, alternative fuel and the associated local infrastructure – especially with regards to the company’s commercial vehicles offerings.

So what merit is there in running a vehicle on such a dangerous gas? Well, as it turns out, there are in theory more positives than negatives. Firstly, methane, when burned as it would be in an internal combustion engine, releases fewer harmful emissions than petrol (156 g/km compared to 195, and diesel’s 147). An engine’s consumption of CNG is also comparable to a diesel’s. VW claims that CNG consumption is 10 percent less than petrol, with a quoted consumption of 5,7 kg/100 km and a range of 700 km from the Maxi’s 37 kg-capacity gas tanks. There is also a 13-litre emergency petrol tank.

CNG is also cheaper than petrol, currently around R8,38 per litre. VWSA says the price of CNG in South Africa is linked to the petrol price – with CNG consistently around 30 percent cheaper than petrol. Servicing costs are roughly R1 000 more than a petrol engine, and VWSA claims that a net fuel cost saving of 29 percent can be expected. So there are obvious running-cost advantages. The gas is also very safe to use as it only burns at extremely high pressures. 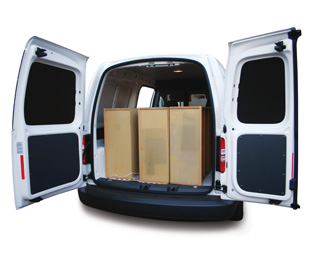 VWSA is not the first to experiment with alternative-fuel vehicles locally, but very few individual motorists or fleet operators will have had experience with these vehicles (on that point, VWSA is running the vehicles with some of its customers). So how is the CNG-powered Caddy EcoFuel to drive? Well, not very different to a conventional petrol-powered vehicle, really. The 2,0-litre engine produces a relatively low 80 kW at around 5 000 r/min and 160 Nm torque, which peaks at just over 4 500 r/min. That is only 5 kW and 12 Nm more than the 400 cc smaller 1,6-litre petrol engine VW offers. In day-to-day cut-and-thrust driving, it does feel underpowered, especially as it’s pulling a 2 350 kg gross vehicle mass (GVM) vehicle. However, the torque graph shows a relatively flat turbo diesel-esque plateau between 3 200 and 4 600 r/min, which could also explain why, at higher speeds, it does maintain and pick up speed well.

During our time with the EcoFuel, I purposely ran the gas empty so the engine would switch over to conventional petrol running (so no, I didn’t try reach the claimed 700 km range). The difference was a noticeably quieter and smoother engine note, while performance remained negligibly similar.

Otherwise it’s all familiar Caddy. The vehicle rides comfortably, handling is stable and the brakes are good. There is a blind-spot on the left though, which could benefit from a wider side mirror, and the dashboard reflects quite heavily on the windscreen.

The EcoFuel Caddy Maxi Panel Van has a payload of 694 kg, 119 kg less than the standard diesel version (there is no petrol Maxi Panel Van offered locally), but has the same 4,2 m3 load volume. Aided by two sliding side doors and wide-opening double rear doors, it gobbled up a three piece wall unit that needed to be moved in one trip with room to spare.

Now for the question I know you’ve been burning to ask: where does one get CNG in South Africa? There are currently three commercial stations in Gauteng – Langlaagte, Edenvale and Germiston, with another two under construction in Midrand and Isando. The fuel is therefore not easily available immediately.

VWSA prices the Caddy EcoFuel Maxi Panel Van at R214 900, with the standard length version at R205 400 – both around R3 000 cheaper than the equivalent diesel model, but the standard version is about R20 000 more expensive than the equivalent petrol model. No decision has yet been made as to when, or if, it will be officially introduced locally. However, if introduced, one would have to weigh up the pros and cons compared to the more conventional options very carefully. CNG does have substantial merit and will one day be a very viable proposition over petrol, as fossil fuel runs ever lower and emission controls get tighter. But, in the panel van application, I feel diesel would be the better overall option. 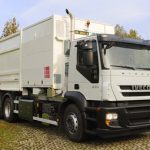 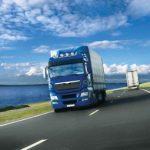