Harnessing the power of social media 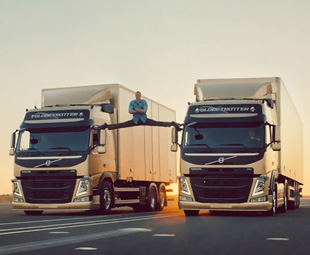 More than 67 million views on YouTube, to date – an epic number for an epic advert … It’s nearly two months since Volvo Trucks launched its latest commercial The Epic Split (which we reported on in November). The film highlights the precision and stability of Volvo Dynamic Steering, and no one could have imagined how successful Volvo’s viral marketing would be.

Says Per Nilsson, PR director for the Volvo Trucks brand: “The response is quite overwhelming. Sure we were hoping for a success, but we didn’t expect it to be this big or to come this fast. After all, The Epic Split is a truck commercial.”

This success has earned The Epic Split the title of most watched automotive commercial on YouTube – ever. It has spread through both social and news media, been the subject of thousands of conversations (online and offline) and even become a phenomenon in itself, spurring spoofs from both celebrities and others.

And this comes as no surprise if you look at the numbers. The Epic Split and the story about it have now been shared over six million times on social networks and have received extensive media coverage across the globe. To date the commercial has been the subject of approximately 20 000 editorial pieces online. Its media value has been estimated to be about £59 million (approximately R1 030 million). *

“The reach is mainly a result of public engagement,” Nilsson explains. “We can’t outspend our competitors. Instead, we need to outsmart them. Our communication strategy is one part of that.” Simply put, Volvo is using business-to-consumer (B2C) marketing for its business-to-business (B2B) products.

“Our strategy is based on the insight that in B2B marketing individuals also make the decisions,” says Nilsson. “Today’s trucks are high-tech machines designed to ease drivers’ work while safeguarding them, the loads and the surroundings. They also need to be as profitable as possible. But for the drivers and haulage companies it isn’t only these factors that affect their choices, it is also the image of the truck they’re driving.”

He adds: “Our ambition is that the engagement the film has spurred will drive awareness and demand for our trucks. Through a relatively small media investment, we’ve had a massive response.”

It would seem that Volvo’s strategy has proved to be a very smart and cost-effective way to communicate utilising the new media landscape … I, for one, can’t wait to see what rabbit (or rather action hero) Volvo will pull out of its hat next.

* Statistics and approximation was gained from Be On, AOL Networks’ branded video syndication business that distributed the campaign, four weeks after The Epic Split’s launch. 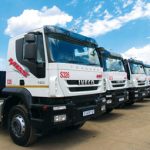 Prev Perfect partnership
Next Starting 2014 at a certified low 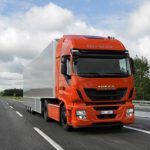