Hino to hunt records at Dakar 2018 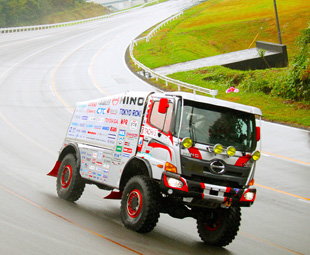 Forty years of Dakar, four years in South America and 27 years of Hino class dominance … when the next edition of the annual Dakar Rally kicks off on January 6, 2018, Hino will be aiming for its third consecutive 1-2 finish; a ninth straight win in the class for trucks with engines under ten-litre capacity; and the 35th consecutive entry by driver and director of Hino Team Sugawara, Yoshimasa Sugawara.

Yoshimasa, now 76 and nicknamed Iron Man of the Dakar, entered the motorcycle category of the Dakar Rally in 1983 and has competed in every event since then. His partnership with Hino began in 1992 when the rally ended in Cape Town. His 34th entry in the 2017 Dakar was recognised as a Guinness World Record.

Yoshimasa’s son, Teruhito, is the team’s lead driver. Last year he achieved his eighth consecutive win in the under ten-litre category, thereby rewriting the record book, which had previously seen Hino notch seven successive class wins between 1996 and 2002.

Significant changes have been made to the suspension and other aspects of these racing trucks since the 2017 Dakar Rally. In addition, the team has participated in the Silkway Rally and Rally Mongolia in the intervening months to ensure the trucks are both fast and reliable.

“While the top positions in the truck category of the Dakar Rally are dominated by monster trucks that have engines with capacities of more than ten litres, the Hino team continues to battle with its rivals under the motto ‘small can prevail over large’,” says Yoshimasa Sugawara, the team principal of Team Hino Sugawara.

“We are very proud that we continue to rewrite the records on reliability by bringing together Hino’s engineering capabilities in truck design, development, manufacturing and servicing expertise, with a closely knit team that has accumulated a great deal of experience over the years. We are looking forward to the challenges that the 2018 Dakar Rally will throw at us.” 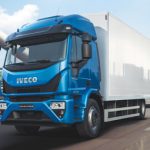 Prev A new winner for SA!
Next Rewriting the trucking rulebook, Mack Trucks sings its own Anthem and E-Fuso to take MFTBC to the future 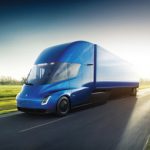