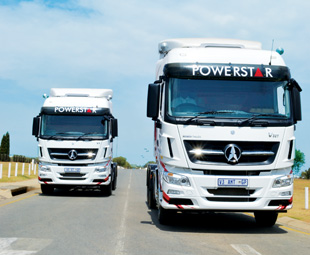 Traditionally better known in the rough-and-tough mining and construction industries, Powerstar has officially launched its assault on the long-haul market. GAVIN MYERS reports

Much can change in four years. For example, back in October 2013 Powerstar’s V3 6×4 truck tractor for the long-haul market made its debut.

The first ever own-design for Powerstar SA, the V3’s lines were drawn in Germany and it really looked the part. It was to be at the same level as European trucks, but, at a time when the long-haul segment was moving en masse to clutchless transmissions, the Powerstar V3 could only offer a 16-speed manual ZF gearbox.

Nonetheless, with a long-term vision in mind, Powerstar ran 100 000 km of testing before handing over approximately 50 units to selected customers. This real-life testing ran for three years in a variety of operations and driving conditions.

Now, exactly four years after that original reveal, the Powerstar V3 ET has passed homologation and hit the showrooms. This is a new-generation, long-haul truck tractor that builds on the lessons learnt since 2013. 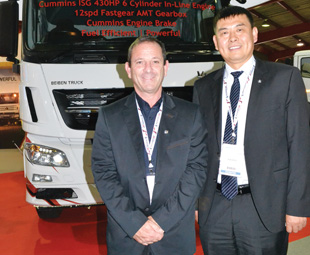 “Chinese technology has improved hugely in the last four years, which has allowed us to offer more selection to the customer at a lower cost than sourcing components from Europe,” explains Bob Wang, CEO Ever Star Industries.

Fastgear 12-speed AMT gearboxes are now available, while proprietary axles are fitted. The cooling system is by Behr, the brakes by Wabco. Further, a Jake Brake is fitted to the 430 hp model and the others have intarders.

“In the last few years, many international parts suppliers have created joint ventures in China. They supply high-quality parts to Chinese original equipment manufacturers (OEMs). This has raised the quality and reliability of our trucks,” Wang explains.

However, so much more has gone into the V3 ET than just a few upgraded components. An engineering team comprising Chinese, American and German expertise undertook analysis and computer modelling for two-and-a-half years.

“This new-generation model may look the same (the cab is still a double sleeper), but there are huge changes underneath. We’ve looked at raising quality and reliability to the point of even increasing the life of plastic components,” Wang says.

“Extensive chassis revisions have meant that the V3 ET is 800 kg lighter than the previous model. This means the payload is greater, but strength hasn’t been compromised,” he says

Both Wang and Selesnick are unequivocally convinced that the Powerstar V3 ET is now ready for the long-haul market – for which aftersales support is an absolute prerequisite.

“Through our original V3 test programme, we have worked out what a long-haul truck requires for 300 000 to
400 000 km of operation. We hold parts up to the value of R80 million at all times, while we have spent a lot of time raising the bar with our dealers and have attracted some new partners,” Selesnick explains. 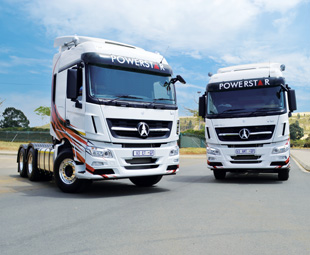 Ever Star Industries has also purposely ensured that the V3 is assembled (SKD) in its Pietermaritzburg plant, allowing the engineers to have a deep understanding of the vehicle. A BeiBen (Everstar’s parent company) engineer is permanently based at the factory so that, if needed, vehicle modifications can easily be made.

After four years of dogged groundwork, Wang and Selesnick are now excited to see the V3 ET prove itself. The men are aware, however, that Powerstar is not a name generally bandied about in long-haul circles. The aim for now is to sell 100 units into the South African market by the end of 2018.

“We’ll sell this truck from the ground up, like we did with the Powerstar VX range. It’s all about building the relationships between ourselves, our dealers and our clients. We know the truck works, we can support it and we have the backing of our component suppliers,” says Selesnick

“While our purchase, maintenance and lifecycle costs across all our vehicles are very economical compared to our competitors (the V3 ET retails at just over R1 million, for example), they still offer the same spec and capability,” he says, adding that various finance and support packages are being developed.

“Some clients have as many as 500 VX models in their fleets, but also have a line-haul requirement. Many have already shown the willingness to run the V3 ET. We’ve got this truck right. It’s a great truck and the only thing left is to get long-haul operators to see what a fantastic truck they are getting for their money,” Selesnick concludes.

No doubt the hard work over the last four years has provided a great foundation to build and the grow the business. 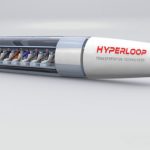