Ho ho ho and a bottle of rum 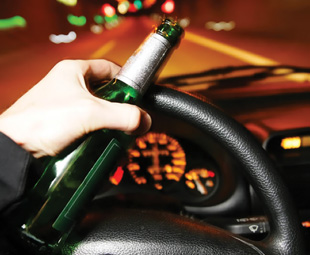 Our new Minister of Transport, Ben Martins, has raised an important point. Speaking at a function during October Transport Month, he said: “Road safety should be our focus throughout the year and should not be limited to the festive and Easter seasons.”

Hallelujah. It’s high time someone in government explicitly made that point, now he just needs to implement it. And why can’t he?

You see, the silly season in this country has a reputation that would fluster even Charlie Sheen. Drunk- and drug-driving generally abound, as most of the population enjoys the opportunity to let loose during their carefree time off after a long, stressful year. With road fatalities rising each year, December has become crack-down time.

In his address at the release of the 2011/12 festive season road traffic statistics in January, Martins’s predecessor Sibusiso Ndebele reported that the following had taken place: “During November and December 2011, roadblocks, roadside checks, patrols and awareness campaigns were intensified by various authorities. Vehicles were stopped, searched and checked with specific emphasis on driver and vehicle fitness. From 1 December 2011 to 8 January 2012, 1 506 958 vehicles and drivers were checked; 526 735 fines issued for various traffic offences; 6 084 unroadworthy vehicles discontinued from use and 13 439 drivers arrested.”

Not to forget that a clean-up campaign targeting public passenger transport and heavy goods vehicles took place during September, October and November 2011. More than 3 500 public transport and freight drivers were arrested in the lead-up to December.

As Martins put it, why can’t these efforts continue throughout the year? If government and interested parties are really serious about tackling the problem (and hopefully Martins is), they will not be perturbed by the costs of launching such full-on assaults of proper law enforcement.

Nevertheless, despite these efforts, a browse over the Road Traffic Management Corporation’s (RTMC) final festive season road safety report for the period December 1, 2011 to January 10, 2012 (where the minister’s statistics come from) reveals that there were 1 475 fatalities resulting from 1 230 fatal crashes. The preceding year there were 1 704 fatalities from 1 221 fatal crashes. Each year there are pundits who say the figures are grossly adjusted and far from the actual figures. Taken on face value at least, the downward trend, however small, is encouraging.

However, as with everything in life, the real horror lies in the fine print. Further examination of the report reveals the following:

• Most fatal crashes per day of the week: Thursday evening, Friday, Saturday and Sunday.

In his address, Ndebele further reported the following as the most common causes of crashes during the 2011/12 festive period:

• Speeds too high for circumstances, especially during inclement weather and at night;

• Dangerous, reckless and/or inconsiderate driving, particularly barrier line infringements which has seen a huge increase in fatalities as a result of head-on type collisions (more than
70 percent of the major fatal crashes were of the head-on type as a result of dangerous overtaking);

• Abuse of alcohol by drivers and pedestrians;

• Pedestrian negligence (jaywalking, walking on freeways, not being visible at night and drunken walking).

It doesn’t take a rocket scientist to put two and two together here: those most likely to be involved in fatal crashes are in the prime of their lives, on days and at times when they are most likely to have let loose and enjoyed a good jol or a couple too many with friends.

Here’s hoping Minister Martins’s speech leads to a rosier picture next year – but that is entirely up to those who use the roads. You. Your family. Your friends. Your drivers (see Claire Rencken’s report on bus driver substance abuse, beginning on page 57). Keep these statistics and factors in mind, and make our roads a safer place. 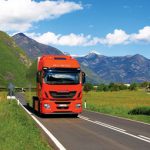 Prev New Stralis is the Truck of the Year!
Next X marks the spot! 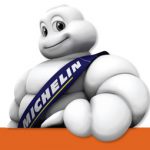