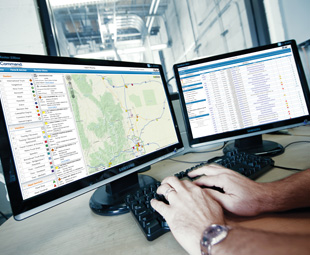 Telematics is hardly a niche concept for modern commercial vehicle operators, and it’s common enough to find truck fleets decked out with little black boxes. The level of connectivity swirling around trucks, drivers and the businesses operating them is on the increase, though, and telematics, along with other connected systems, is evolving.

One of the chief findings of the report was that telematics systems are on the cusp of becoming standard, factory-fitted components in new trucks, rather than aftermarket additions. That’s expected to be the case in little more than five years, according to Gokulnath Raghavan, senior mobility analyst at
Frost & Sullivan, who contributed to the report.

“We also think there are going to be a lot of partnerships and associated service offerings between the OEMs and telematics service providers. In future, we perceive that the telematics providers will mostly be operating in tandem with the OEMs,” says Raghavan.

He adds that the physical components powering telematics systems aren’t likely to change a great deal, but the software and, crucially, digital security, are expected to come on in leaps and bounds – particularly as vehicles start to do more things for themselves.

“What we predict is that the importance of and the focus on hardware will decrease, and there won’t be many more design tweaks to physical telematics components. There will be much more focus on the software and on the cyber security side.

“This is because, with more autonomous features, there’s more work to do on the security aspects – and, as more digital components are included on the same system, one has to be very careful not to affect the entire digital architecture of the vehicle, so security will become the prime aspect,” explains Raghavan.

That increase in cyber security is tipped to go hand-in-hand with a rise in autonomous technology. According to Raghavan, level-three autonomous trucks should be up and running by 2025. That means the vehicle will still require a driver to intervene in sticky situations, but it will be able to drive independently, and even handle what are described as “safety-critical functions”.

“We have things like platooning right now, but trucks will become autonomous on different levels – and it’s just a question of how autonomous,” says Raghavan. “We think that level-three autonomous driving – practicality the beginning of fully operational autonomous trucking – will be possible in 2025, and there have already been tests for it, but whether or not it will be possible will depend on the country and the level of regulation.” 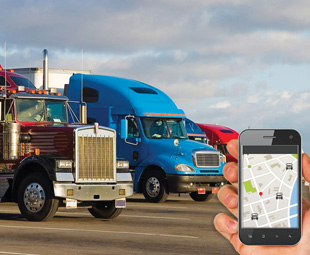 The report also found that truck manufacturers and telematics specialists could branch out into the digital heavy-vehicle brokering market. Affectionately dubbed Uber for trucks, the practice, which is becoming increasingly popular in the United States, involves truck operators and/or drivers arranging journeys via an app to maximise efficiency for return journeys, in particular.

Raghavan says: “Let’s say you want to ship a bicycle from California to New York, you put the request into the app, and someone might say ‘I’m going there in a car and I have a space, so I’ll transport it for you’.

“That’s how it works in the domestic market, and similarly, in the trucking industry, if you have tonnes of goods that need to be transported, there are web and mobile-based platforms that allow you to arrange it.

“Traditionally, there used to be a middle man (a broker) who had notes of different truck drivers or fleet operators in different regions, and he would tell you: ‘I have a fleet operator who is going from point A to point B – this person can transport it for ‘x’ commission.’

“Now it has shifted from traditional to digital brokering. There is a website or an app and you post a message which says: ‘I’m going from here to there, I have this much space and I can transport these types of goods.’

“This is particularly relevant for return journeys. If a vehicle travels from A to B and it comes back empty, it’s a huge loss for a truck or fleet operator, so it can be much more efficient if the driver says: ‘I’m going back to point A, I have an empty trailer, contact me if you want goods transported on that route.’

“All this would be operated through a website, but it’s now switching to the application base; so you have an app on your mobile device and the user can track your route, see where the truck is, how far it is from the destination, and so on.”

Frost & Sullivan’s research found that this form of digital brokering was considered to be a threat to what it described as “the existing telematics service business case” and, as a result, vehicle manufacturers and telematics companies could begin offering their own versions of Uber for trucks.

“There are fears that, with the rise of digital freight brokering, these app developers are also offering basic tracking and tracing,” adds Raghavan. “So how are the telematics companies going to differentiate themselves? In future, the telematics provider (either OEMs or telematics specialists) may offer this as an additional, value-added service.”

The practice is so popular that some suppliers are already gunning for business by integrating digital freight brokering into their offerings.

Raghavan says: “Some technology companies now offer OEMs a complete package for connected truck services, which would include digital freight brokering, advanced telematics and other features. The idea is that the whole truck will become completely connected, so it’s not just a box sending certain bits of information back.”

He concludes: “An operator would have information about every feature of their truck including the engine, the transmission – everything, and that information could be used to optimise the fleet and improve its transparency and efficiency.” 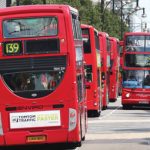 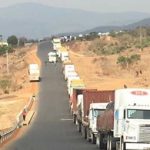