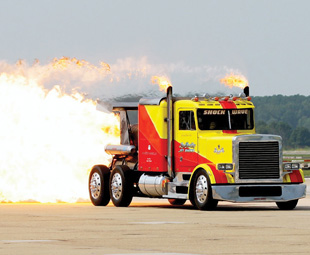 Politics can be a strange thing. As I write this, the world is reeling in shock – thanks to the much-maligned Brexit. Meanwhile, European truck makers fear something equally scary: the introduction of an emissions tax. The two phenomena – Brexit and the tax – have something in common: a “distortion” of the truth …

Shame, I do feel a tiny little bit sorry for the completely misinformed Brits who voted in favour of the Brexit. Many are crying wolf now, claiming that the politicians lied to them, and yes, they most certainly did – repeatedly. It’s what politicians do in order to win votes, protect their reputation or acquire large homes.

In the case of the Brexit, the most brazen of lies was that the £350 million (R7,1 billion) normally allocated to the European Union each week would, instead, be available for the United Kingdom’s (UK’s) National Health Services. Another was that European Union (EU) membership costs Britain £55 million (R1,1 billion) a day. Actually it’s £17 million (R345 million).

In fact, Camp Brexit sprouted so many lies that Nick Clegg, the former deputy prime minister of the UK, accused them of coming up with a sinister plot.

“Nigel Farage, Nigel Lawson, Michael Howard, Boris Johnson and the rest of the Brexit crew are … just making things up. If their heart tells them they don’t like a fact, they merrily make up another one. Every time anyone reasonably points out the risks of yanking ourselves out of the world’s largest marketplace, they yell that it’s ‘Project Fear’. Yet, they have come up with their very own project: Project Fib,” he wrote, just prior to the referendum, in the London Evening Standard.

Well, now the commercial vehicle industry is facing its very own Project Fib: blatant lies surrounding the fuel economy and CO2 emissions of trucks. Incredibly, one non-governmental organisation (NGO) is claiming that truck manufacturers have made absolutely no progress when it comes to fuel economy or emissions in recent times.

“Truck emissions are on the rise. Currently accounting for a quarter of road transport emissions, road-freight emissions are forecast to continue increasing up to 2030. Meanwhile, new truck fuel efficiency – and thus CO2 emissions – has stagnated since the mid-1990s,” Transport & Environment (T&E) states on its website.

Lest you have not heard of this NGO, it is “an independent pan-European association with scientific and educational aims, with no party political affiliation and devoid of any profit-making motive”. T&E is no small fry – its most recent annual budget amounted to €3 721 577 (R63 billion), thanks largely to funding from “foundations and other grants”.

“Lorry-makers have made no progress on fuel economy in 20 years,” confirms Carlos Calvo Ambel, policy analyst at T&E. “This lack of progress and the cartel accusations show lawmakers that manufacturers can’t be trusted.” 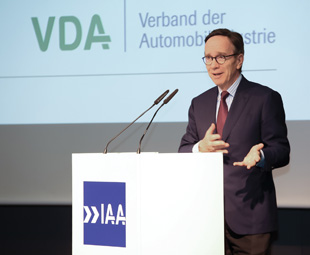 The accusations to which he refers relate back to November 2014, when the European parliament levelled formal cartel charges against the continent’s biggest truck manufacturers: DAF, Daimler, Iveco, MAN/Scania/VW and Volvo/Renault. The companies are accused of price-fixing between 1997 and 2011 and also of delaying the introduction of new emission technologies. If they are found guilty, these companies could face the highest cartel fine in EU history – as much as several billion euros.

Reinforcing its point, T&E quotes figures – from the highly respected Lastauto Omnibus, a German trucking magazine – which appear to substantiate its argument.

However, as a clearly incensed Wolfgang Bernhard, member of the board of management of Daimler AG, Daimler Trucks & Buses, noted at the International Press Workshop in Frankfurt last month, the quoted figures pertain to completely different routes – and are thus meaningless. “They are not comparable numbers; this is intentional misinformation,” he told FOCUS.

“They are claiming that this whole industry is fast asleep and this thinking is influencing the minds of policy makers and regulators in Brussels! These so-called ‘facts’ are forming opinion. It is ludicrous and irresponsible. They are formulating new regulations as a result – and these are going to make our lives really miserable.

“These people are free-loading agents who can do anything they want. They can tell their lies and form opinion and regulations can result! I would like to encourage you to look into your archives and report the true numbers,” he urged. 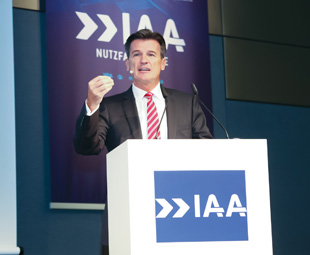 We all know that fuel consumption is affected by many factors: aerodynamics, drive train design, rolling friction, vehicle handling, weather, topography and load … so one cannot simply compare truck A to truck B.

Plus, they are cherry picking; we need to look at emissions, too, and not just fuel consumption … and those are almost universally lower throughout the industry.

Then I looked at just some of the good things that the industry has achieved. It’s impossible to write about them all; that would mean dedicating this entire issue of FOCUS to my column, but, just in case we have all forgotten, here are just some highlights:

• According to the European Motor Manufacturers’ Association (ACEA), the fuel consumption of European trucks – and, with that, CO2 emissions – has dropped by 60 percent since 1965. Furthermore, regulated emissions have been slashed to near-zero levels (they’re down 98 percent since 1990).

• The new Euro-6 Iveco Daily offers fuel savings of up to eight percent.

• Renault has upgraded its already fuel-efficient T this year to make it two percent more efficient.

• Scania’s Ecolution concept has seen customers enjoy as much as a 25 percent improvement in fuel economy.

T&E is insisting on mandatory CO2 limits for new European trucks (as per cars and vans in South Africa and the EU and trucks in the United States (US), China and Japan). Obviously, exceed those limits and taxes apply. I’m not saying that CO2 limits are a ridiculous notion. I do think that one needs to be fair, though, and consider the facts of the matter. 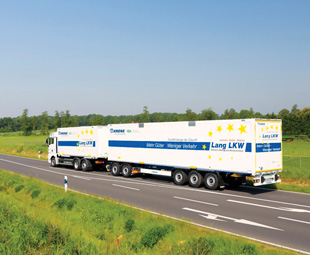 Perhaps there are better solutions? ACEA believes that changes to legislation – as opposed to a carbon tax – would be far more beneficial to the environment. “For instance, by allowing the cross-border use of longer combination vehicles in Europe, which is already common practice in the US, truck manufacturers would be able to improve fuel efficiency by 14 percent,” it points out.

One trucking CEO laughed out loud when I told him about the supposed 20-year hiatus in our industry. “What do they think that we have been doing for the last two decades?” he responded.

But these claims are clearly no laughing matter. “Our industry is frequently blamed for doing too little for the environment. Some claim we didn’t do anything at all in the past 20 years. I state very clearly: that accusation is false – and it does not become true by repetition,” Bernhard insisted.

ACEA agrees. “Contrary to some allegations, which are clearly lacking scientific evidence, European truck manufacturers are on track to reduce the fuel consumption of new trucks by 20 percent in the period from 2005 to 2020 – translating into an annual reduction rate of around 1,3 percent. An independent study by research institute Transport & Mobility Leuven has confirmed this figure,” a spokesman tells FOCUS.

Will the lawmakers in Brussels agree? Or will they follow the lead of 51,9 percent of Brits – and be taken in by Project Fib? Only time will tell … 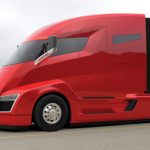 Prev Is Nikola One the future of long-distance trucking?
Next Revved-up Russia 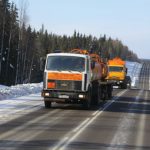